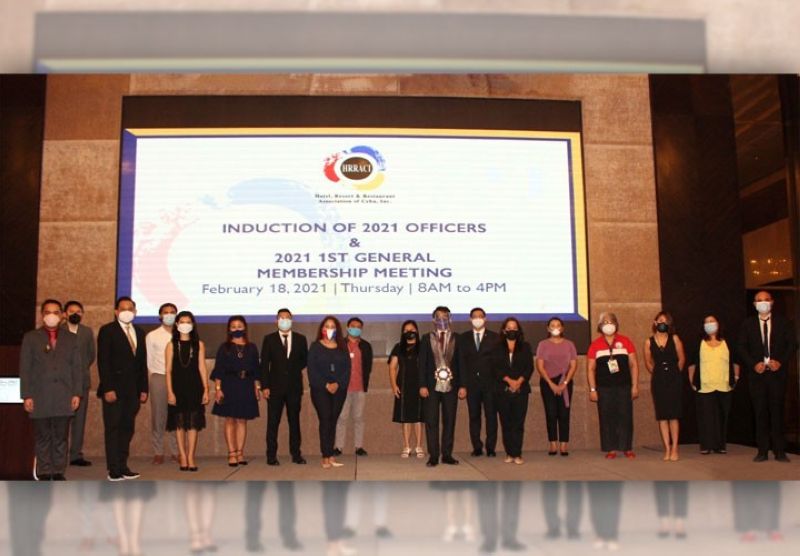 IN A ceremony on Feb. 18, 2021 at bai Hotel Cebu's Lapu-Lapu Grand Ballroom, Department of Tourism Undersecretary for Tourism Development Hon. Roberto Alabado III graced the event and led the induction of the newly elected board members of the Hotel, Resort and Restaurant Association of Cebu Inc. (HRRACI).

The new set of officers has streamlined all of its services for its members this year. SPONSORED CONTENT