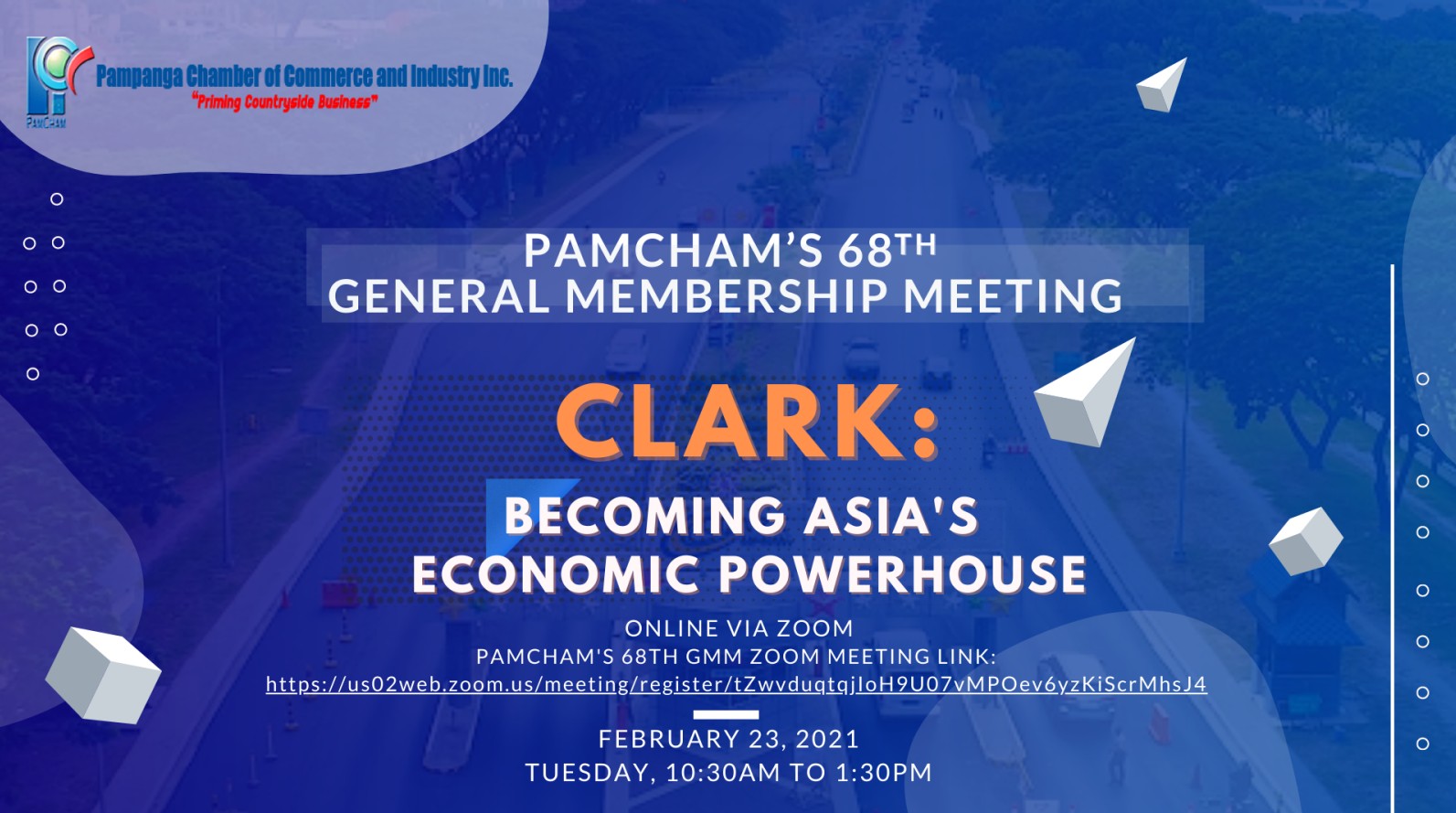 Themed "Clark: Becoming Asia's Economic Powerhouse," the GMM will have former President and now Presidential Adviser on Clark Flagship Programs and Projects Gloria Macapagal-Arroyo as guest of honor and speaker.

Arroyo is expected to expound on her vision for Clark and how the business community in Pampanga can help realize the aspiration for Clark Freeport to eventually evolve into one of Asia's economic powerhouse.