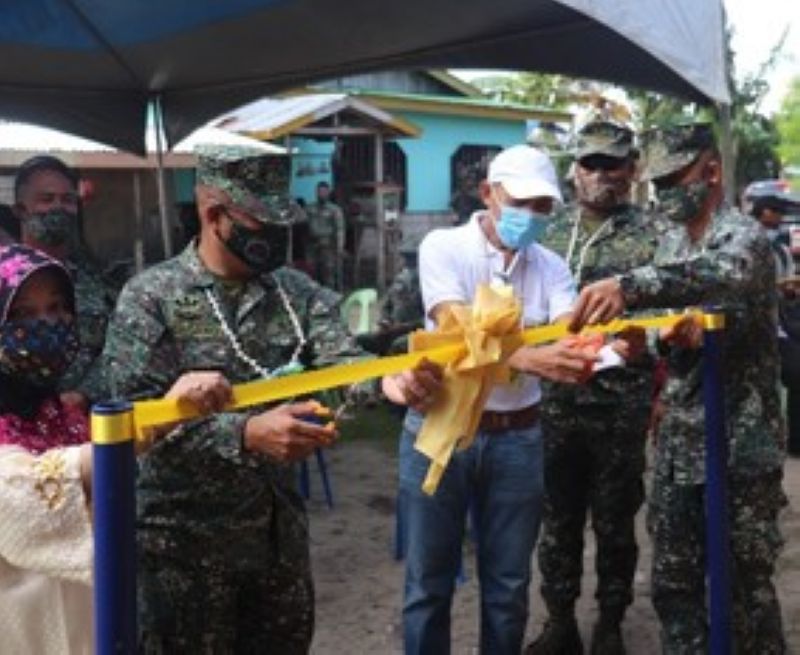 THE students and teachers of Sapang Elementary School in Kan-Mindus village, Luuk, Sulu now have a place conducive to learning and teaching.

This, as the Philippine Marine troops have completed the renovation of the school's two dilapidated classrooms and construction of five comfort rooms.

Gonzales said the project will greatly benefit the community and bring the government closer to the people.

Tolentino has tasked his former staff, Captain Philmer Parianon, who is now the 38th Marine Company commander, to improve the school facilities after discovering that it has only two dilapidated classrooms and with no functioning comfort room catering to about 200 students.

The renovated school facilities were official received by Hadja Napsa Amad, the school's teacher-n-charge, from Songano.

Luuk School District Supervisor Faizal Asanji expressed his gratitude for the completion of the project citing it will benefit the whole community.

"Our teachers will surely be motivated and our students will also be inspired to do well in their studies," Asanji said.

"I'm sure the parents appreciate these endeavors as well," he added.

"This shows our force's flexibility to deliver what the community needs. I personally believe that education will bring forth stability to Sulu. Thus, the JTF-Sulu pledges its full support to the Ministry of Higher and Basic Technical Education of the province," Gonzales said. (SunStar Zamboanga)