WeTV’s newest rom-com: ‘B&B: The Story of the Battle of Brody and Brandy’ 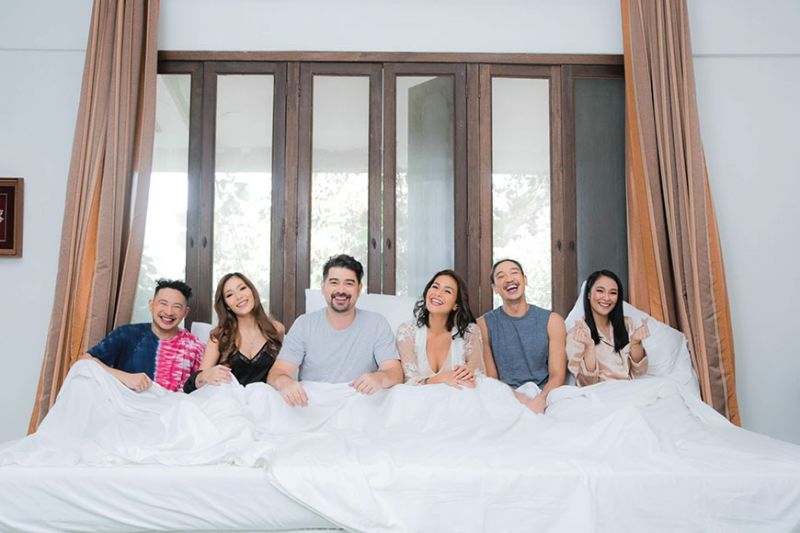 LET love take you on a journey this love month and beyond with “B&B: The Story of the Battle of Brody and Brandy,” the newest original series on streaming platform WeTV.

Created and directed by Mark V. Reyes, WeTV Originals’ “B&B: The Story of the Battle of Brody and Brandy” is a romantic comedy starring two of the brightest stars in Philippine showbiz: Ian Veneracion and Iza Calzado. The show premiered on Valentine’s Day.

Calzado plays Brandy, a warm and sweet innkeeper who manages a vibrant B&B in the countryside. There, she meets Brody (played by Veneracion), a dashing businessman who checks in at Brandy’s B&B. Initially hesitant, Brandy gives Brody a chance and the two hit it off. Soon enough, however, the undeniable attraction is replaced with conflict when business matters come into play.

While most rom-coms are stories of a younger demographic, the lead characters of “B&B” are in their late 30s to early 40s, giving this show a narrative with a different dynamic and a fresh perspective. Veneracion and Calzado, two household names in Filipino TV and film, effectively fill the shoes of the titular roles and take viewers on a ride that’s both “kilig” and funny.

“B&B” marks Iza’s foray into the rom-com genre, describing it as a refreshing change from the heavy dramatic roles that she’s taken on in recent projects.

In her long-running career as an actress, she said it’s been her dream to play a character in a story that is light and just all about the happy feels. Ian, on the other hand, is no stranger to rom-com roles. As expected, he gives Brody justice.

The series also marks another first, as Dizon takes her place behind the cameras in her first co-directorial stint. Veneracion and Calzado are joined by Lovely Abella, Ketchup Eusebio, Ian Ignacio and Emmanuelle Vera.

New episodes of “B&B: The Story of the Battle of Brody and Brandy” drop on WeTV and iflix every Saturday at 7 p.m.