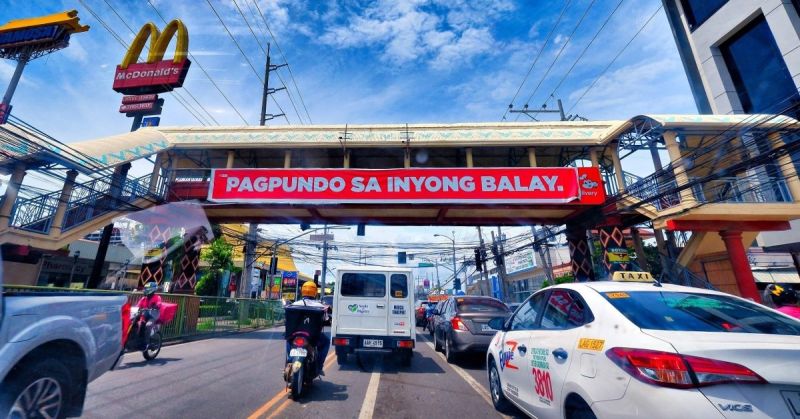 DAVAO City Mayor Sara Duterte-Carpio said the city is “better prepared” to face the impacts of the modified general community quarantine (MGCQ) if the national government will be recommending it for the entire country in March.

During her weekly interview on 87.5 FM Davao City Disaster Radio on February 22, the mayor said similar to what happened in 2020, they are expecting a surge in new and active Covid-19 cases if the city will shift to MGCQ.

Davao City was placed under MGCQ on July 1, 2020, but reverted to general community quarantine (GCQ) on November 20, after Covid-19 cases in the city surged beginning mid-October.

(If you can remember last year, I think it was four months when we were placed under MGCQ, and we saw during the period that cases surged by October. By November until January, cases continued to increase. We only saw the downtrend of cases starting February.)

When the city shifted to GCQ in late 2020, the national government assisted Davao City by deploying Coordinated Operations to Defeat the Epidemic (Code) teams headed by Melquiades Feliciano, deputy chief implementer of the National Task Force (NTF) Against Covid-19 for the cities and Bacolod and Cebu. Code teams were deployed in Davao City to assist in the response activities.

The One Hospital Command Center was also established in the city to ensure an efficient referral system, as private hospitals were mandated to increase their ward bed occupancy by 20 to 30 percent. Some private hospitals were still struggling to meet this requirement based on the recent statements of Davao City Covid-19 focal person and acting City Health Office head Dr. Ashley Lopez.

Efforts were also made to address the shortage of nurses in health facilities and to provide additional high-oxygen cannulae, favipiravir (Avigan), remdesivir and medical equipment. The Armed Forces of the Philippines and the Department of Health also deployed health workers here to help with the Covid-19 response.

Testing capacity in the region has somehow improved recently. Davao City also improved its contact tracing capabilities with the use of the Safe Davao QR.

(Historically, we already know what would be the effect of being placed under MGCQ. Now we are better prepared to expect what will happen if we will shift to MGCQ. We can predict that cases would surge because of its effect. We are aware because we experienced it before.)

Acting Socioeconomic Planning Secretary Karl Kendrick Chua on February 15 recommended that the quarantine restrictions be eased further throughout the country and all areas be placed under MGCQ in March to boost the economy. Chua said the government's quarantine restrictions since March 2020 resulted in a total income loss of P1.04 trillion last year, with an average daily loss of P2.8 billion.

Under MGCQ classification, more establishments will be allowed to operate.

Duterte-Carpio said the city is currently waiting for the pronouncement of the Inter-Agency Task Force for Emerging Infectious Diseases (IATF-EID) if it will push through in placing the entire country under MGCQ.

"Mao kinahanglan nato maghulat sa discussion sa IATF level kung duna bay pagbag-o by March, kung i-implement ba sa atong national government ang (We are still waiting for the decision of the IATF if there will be changes in the classification this March, on the decision of the national government to impose) MGCQ for the entire country," the mayor said.

The IATF is expected to make a decision and announcement before the end of February.

Duterte-Carpio said in a previous interview that the city saw a downtrend in Covid-19 cases beginning February 3.

The mayor said this was a huge improvement from the peak of 2,500 active cases recorded between mid-October and November 2020.

She admitted it was not easy on the part of the local government to push the Covid-19 active cases down.

"Dili ing-ana kadali. (It was not easy.) If you can see, nag-MGCQ ta'g four months, and four months pud nato gibuno nga mubaba ato cases (we were under MGCQ for four months and it also took us four months to lower our cases)," the mayor said.

Duterte-Carpio said they will also wait for the IATF’s decision to adjust the city’s regulations, particularly on the implementation of the 24-hour liquor ban and 9 p.m. to 5 a.m. curfew.

Lopez earlier said the downtrend was based on the city's epidemic curve. Also, the city's positivity rate decreased to 5.6 percent from 12 percent.

Because of the gradual decrease of active cases, he said the city's local transmission is now manageable.

He added that if the downward trend would continue until February 28, he will consider the recommendation to shift to MGCQ.

Lopez also said that it is still "too early to tell" if the city can already shift to MGCQ.

"Kung pangutan-on ko ni Ma'am Inday [Duterte-Carpio] kung unsa namay sitwasyon sa atong kaso sa Davao [City], I would say na it's too early pa (If Ma'am Inday will ask me in the current Covid-19 situation in Davao City, I would say that it is too early to tell)," the health official said.