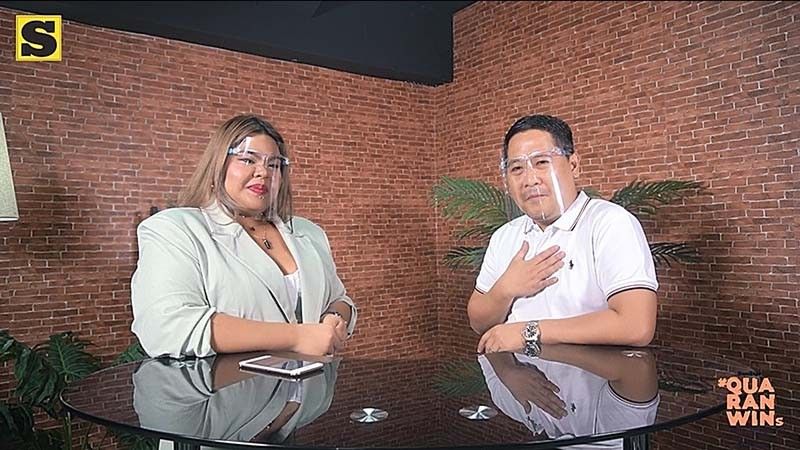 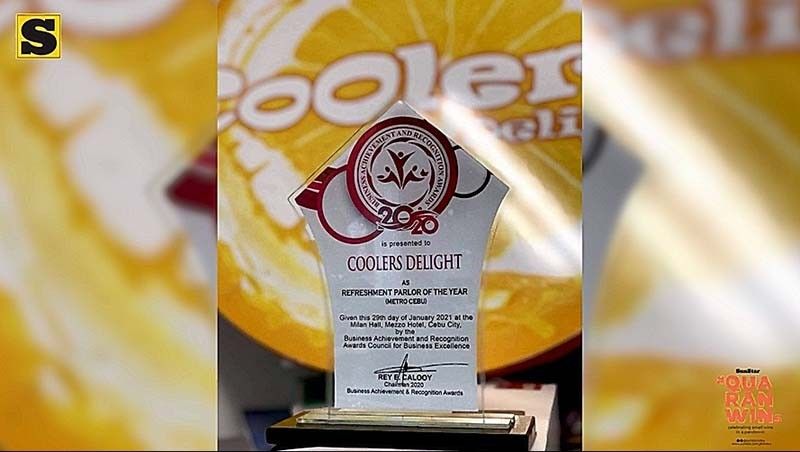 Coolers Delight was awarded as the ‘Most Trusted Refreshment Parlor in Metro Cebu’ by the Global Management Excellence Award Council (GLOMEA). 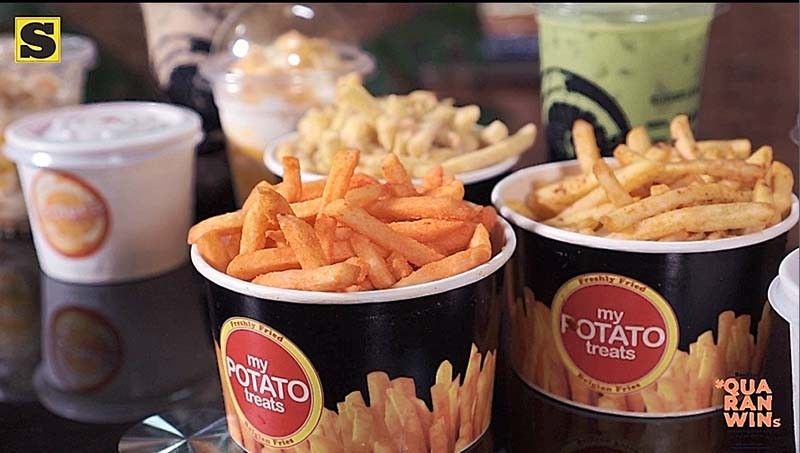 The famous and must-taste Belgian fries. 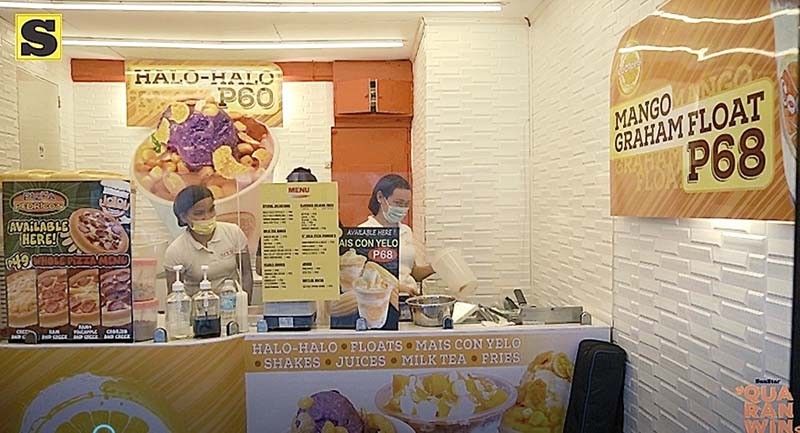 One of the Coolers Delight outlet. 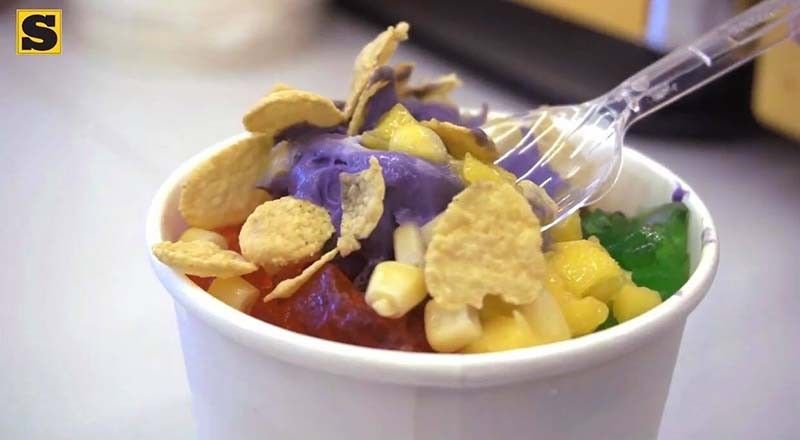 At Coolers Delight, halo-halo is an all-season dessert.

IN A cutthroat industry like Food and Beverage, with the threat of uncertainty aggravated by an ongoing pandemic, how does a homegrown chain of refreshment shops manage to not only survive but also expand their business ventures?

According to Mozart Mansueto, president of MYM Food Ventures—the mother company of Coolers Delight, the secret lies in K.S.A.

To understand K.S.A., you have to know the story of how Coolers Delight came to be.

Mozart Mansueto, a native of Bantayan, started MYM Food Ventures, a franchising business, in 2013. From franchising multiple food concepts that were popular nationwide brands, the company eventually conceptualized a refreshment parlor that combined multiple concepts for snacks all into one.

Thus came the birth of Coolers Delight in 2018 and company-owned outlets popping up around Cebu.

“It all started with one store in Bantayan Island Proper. We noticed the acceptance of the market for our first store, and it was very inspiring. Many people liked the products so we thought: why not open in the city,” said Mansueto who, with his wife, was already based in Lapu-Lapu City by then.

The couple decided to open its main branch in the city where they were based, which is why the Coolers Delight commissary is also in Lapu-Lapu City.

“My children love desserts. Cebuanos are also very fond of sweets so that’s how we decided to open more branches,” Mansueto said as he shared that the first flavors developed were Halo-halo and the Mango Graham Float. Eventually, Mais Con Yelo and the rest of the flavors followed.

Coolers Delight was a consolidation of all the concepts the company thought of through the years—from pizza and Belgian fries to delectable desserts, the parlor now brightens up many corners of the city.

2. CHALLENGES ARE A PART OF IT.

It’s not a new story to hear about how the pandemic brought about so many challenges for businesses, big and small.

Mansueto said that it was actually difficult to open franchises because of all the protocols and curfew restraints on top of the necessary permits. Apart from that, Coolers Delight was understaffed and there was also a fear that customers wouldn’t be able to buy products because no one was allowed to go out. The cherry on top of all the challenges was that logistics were hampered because of the suppliers.

“But we decided to turn the negative event to a positive one—because, in spite of the negativity, we believed that Coolers Delight would thrive,” he said. “We had to plan it right and execute it properly. I’m lucky to have a supportive wife and a supportive and a very creative team in the company.”

3. FRANCHISING CAN BE A LUCRATIVE BUSINESS.

In 2018, Mansueto said, many had approached the company looking to franchise Coolers Delight but management had decided not to start the franchising process just yet.

“We wanted to establish the brand first. We wanted to see if it would work for us so that we could show that if we got to make a profit, so would our future franchisees,” he explained that after almost two years, they were satisfied enough with how far they had gotten and how the brand has developed so decided to open the business up for franchising.

According to Mansueto, after the first franchise was established others started following suit, “Our first franchise opened in 2019 and that franchise had a return of investment (ROI) in less than five months. It was pretty fast so eventually, other franchises popped up.”

Now Coolers Delight has 65 branches all over Visayas, where fifteen are company-owned and fifty are franchises.

Finally, he revealed that to start a sustainable business, one has to have K.S.A.

“You have to have K.S.A,” Mansueto said. “K is for knowledge—you need to study your field and what you’re into very well. Second is skills—you have to learn the skills and understand what you are doing. Lastly is the attitude—the proper attitude. When you’re into business, you’ll be dealing with different kinds of attitudes—be it a supplier, customer, staff and crew. It’s a people management thing.”

So remember, budding entrepreneurs, ‘K’ is for knowledge, ‘S’ is for skills and ‘A’ is for attitude.

5. WHY START WITH A COOLERS DELIGHT FRANCHISE?

In 2013, MYM Food ventures decided to venture into food retailing and food business through franchising.

Mansueto shared that as newbies, putting up their business was very difficult. “If we didn’t get into franchising, maybe all this wouldn’t have happened. It would have been very difficult to start from scratch,” he said.

“When we talk about franchising, the moment you franchise, you automatically have the management team—you don’t have to start from scratch,” Mansueto added. “So what happens is the percentage of success is very high compared to doing it yourself.”

So we asked him, why Coolers Delight?

Plain and simple, he replied that Coolers Delight is a very profitable enterprise with minimal investment, fast and easy operations and a quick ROI.

“We’ve got almost 70 well-performing branches all over the Visayas,” he said before he shared that Coolers Delight had recently been recognized as the ‘Most Trusted Refreshment Parlor in Metro Cebu’ by the Global Management Excellence Award Council (GLOMEA).

According to Mansueto, the brand also bagged the ‘Refreshment Parlor of the Year’ award, recognized by the Business Achievement and Recognition Awards Committee.

Mansueto ended the interview by saying, “This 2021, Coolers Delight has just begun, the best is yet to come.”

Coolers Delight isn’t all ice and fries—they’re definitely a surprise!

Available in branches all over the tri-cities of Cebu.