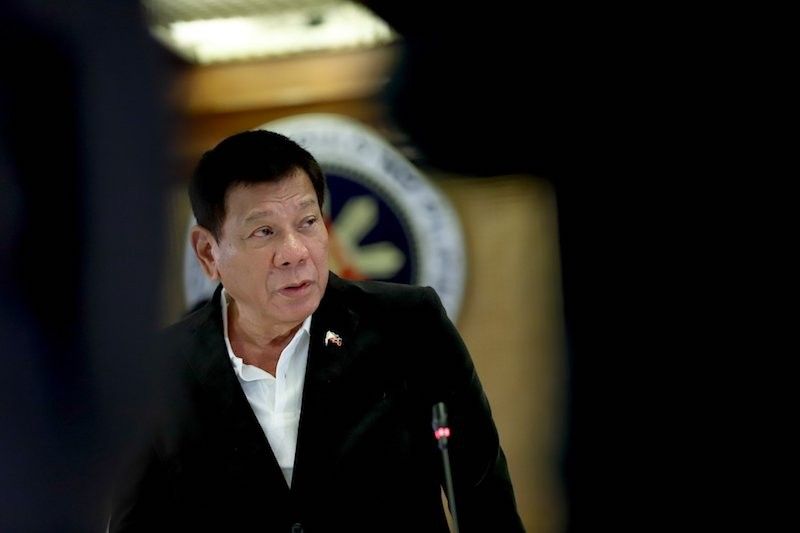 PRESIDENT Rodrigo Duterte has directed Cabinet members to postpone relaxation of quarantine restrictions nationwide and conduct of in-person classes in pilot areas until the rollout of the vaccination program against coronavirus disease 2019 (Covid-19).

Duterte also rejected the suggestion of the Department of Education (DepEd) to allow limited face-to-face classes in 1,904 schools under 126 school divisions.

“The President believes that the safety and health of our children and all of those charged with their care and education is paramount,” Nograles said.

He said the President acknowledged DepEd’s argument that the risk of Covid-19 transmission may be mitigated during face-to-face classes, but “as long as the risks are there, he believes the more prudent way forward is to hold this in abeyance for the time being.”

Nograles said the President also believed this prudent approach should also be used in deciding on the community quarantine restrictions for March.

“Again, the President and the government recognize the urgency of reopening the economy so we can resume the pre-pandemic upward trajectory and sustain growth of the economy,” Nograles said.

“This, however, should be done side by side with measures that will ensure that we do not compromise efforts to contain Covid-19,” he added.

Such measures include the vaccination of frontliners in the battle against the pandemic.

Delivery of the vaccines, however, has been delayed.

The government was expecting 117,000 doses of the Pfizer-BioNTech vaccine to arrive this month through the Covax facility, but the delayed submission of an indemnity agreement and unspecified logistics problems have delayed delivery.

An indemnification agreement, which will protect the vaccine makers from the risks of unforeseen claims due to injury associated with the vaccine, is one of the requirements for the delivery of the vaccines.

Delivery of the 600,000 doses of the Sinovac vaccine, which Malacañang said was scheduled for February 23, is also delayed because Sinovac required an emergency use authorization (EUA) prior to shipment.

The Food and Drug Administration issued an EUA for Sinovac only on February 22. Nograles said Sinovac has promised to deliver the vaccines in three to five days from the issuance of the EUA.

Malacañang also earlier announced that an initial shipment of the AstraZeneca vaccine was expected before the end of February.

Covax had committed 92.9 million doses of the AstraZeneca vaccine to the Philippines, but the target is to deliver these within the first half of 2021. (Marites Villamor-Ilano / SunStar Philippines)