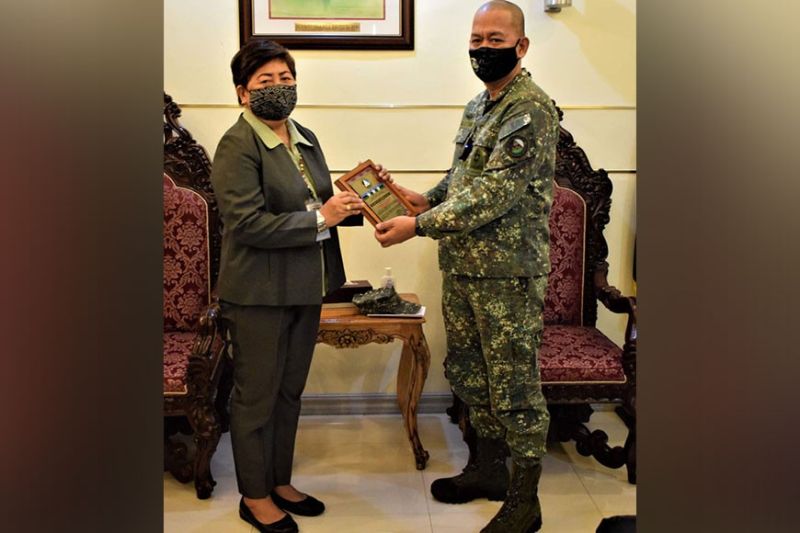 THE Armed Forces' Western Mindanao Command (Westmincom) has tendered a retirement ceremony as the command recognized the invaluable service of retiring non-uniformed personnel.

The ceremony in honor of Maximina Daan was held in Friday, February 19, at the Bautista Lounge in Camp Navarro, which houses the command's headquarters in Zamboanga City and was presided by Brigadier General Camilo Balutan, Westmincom deputy commander for operations.

Balutan lauded Daan for her 43 years of dedicated service to the Armed Forces of the Philippines (AFP).

"It is heart-warming and even inspiring to see someone stay in the organization and retire compulsorily," Balutan said.

"You may not wear a soldier's uniform but you deserve the same accolade that a soldier gets for the administrative support you have given the armed forces that contributed to its overall accomplishment," Balutan said.

"Thank you for devoting over two-thirds of your life to the AFP. May you find the same success and happiness in retirement that you experienced during your time here," he added.

Balutan noted that Daan started as a rank-and-file employee, and then climbed the ladder of success, until she landed the position of Intelligence Agent II, where she performed intelligence and administrative works.

"Although there were opportunities outside AFP, I chose to stay despite the meager salary because I love and enjoy my work and I have no regrets," Daan said in her valedictory address.

"I would like to thank my then and now co-workers and superiors since 1976 for being so understanding and loving. It will be a constant reminder to me that my time and service have somehow contributed to the mission accomplishment of the command," she said.

The honoree was conferred with a Plaque of Appreciation and a memento in recognition of her significant contribution and committed service rendered to the command.