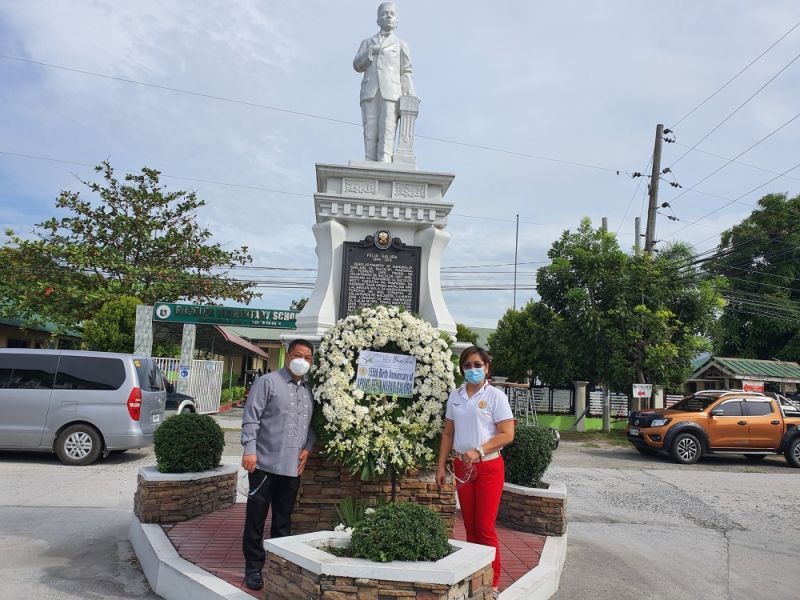 THE Municipal Government of Bacolor led the commemoration rites in honor of the 155th birth anniversary of Felix Galura, one of the town's illustrious sons, in front of the hero's monument over the weekend.

The ceremony was led by Mayor Diman Datu in front of Galura's monument in Barangay Cabambangan on Saturday, February 21.

According to local cultural worker Curator Francis Musni, Felix Galura y Napao was one of the most prominent and versatile writers at the turn of 20th century.

He was a poet, translator (he translated Rizal's Noli Me Tangere into Kapampangan), playwright (Ing Mora/The Moor Maiden), editor, religious writer (he composed original Kapampangan prayers and a Pasyon), grammarian (he authored Gramatica Castellana and Sanayan A Malagwang Pipagaralan King Amanung Kastila) and newspaper man, but he was also a passionate Revolutionist, a military man (a lieutenant colonel under Gen. Tomas Mascardo) and a political leader (Bacolor's presidente for nine years).

Musni said that with Juan Crisostomo Soto, Galura wrote the zarzuela Ing Singsing A Bacal/The Ring of Steel), which was based on a Spanish play.

For his departed friend, the poet Don Monico Mercado wrote the elegy Ing Bie Na Ning Tau/The Life of a Man). On December 24, 1924, a monument was put up in front of the Bacolor Elementary School by Aguman 33, a band of grateful citizens and friends, dedicated to the memory of a beloved son of Bacolor -- "Caluguran Nang Anac Ning Baculud" -- Felix Napao Galura.

Musni added that Don Honorio Ventura State University and the Municipality of Villa de Bacolor spearheaded efforts to restore Galura's 1924 monument to its former and more seemly location, in a rotunda between the Bacolor Town Hall and the Bacolor Elementary School.