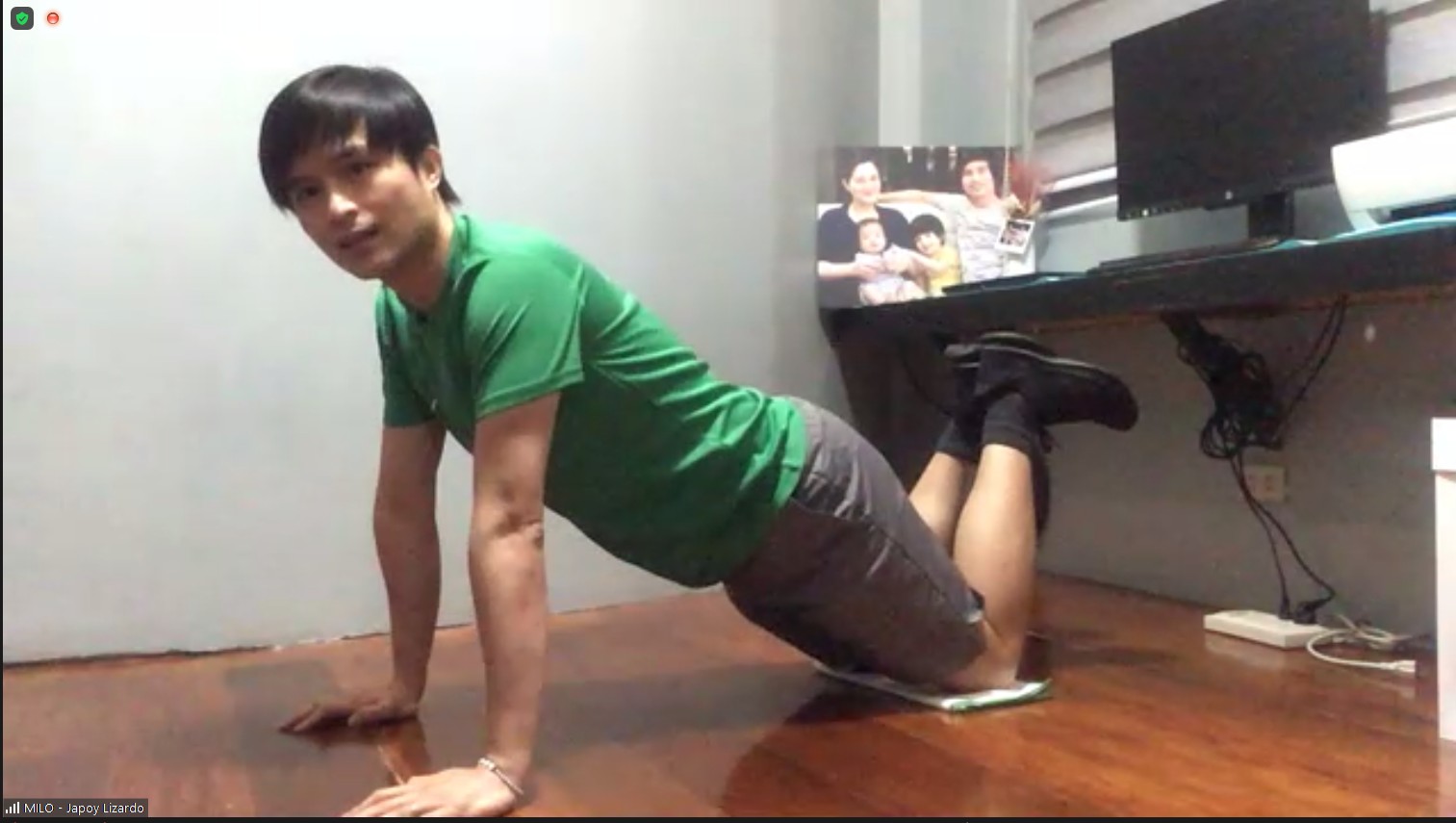 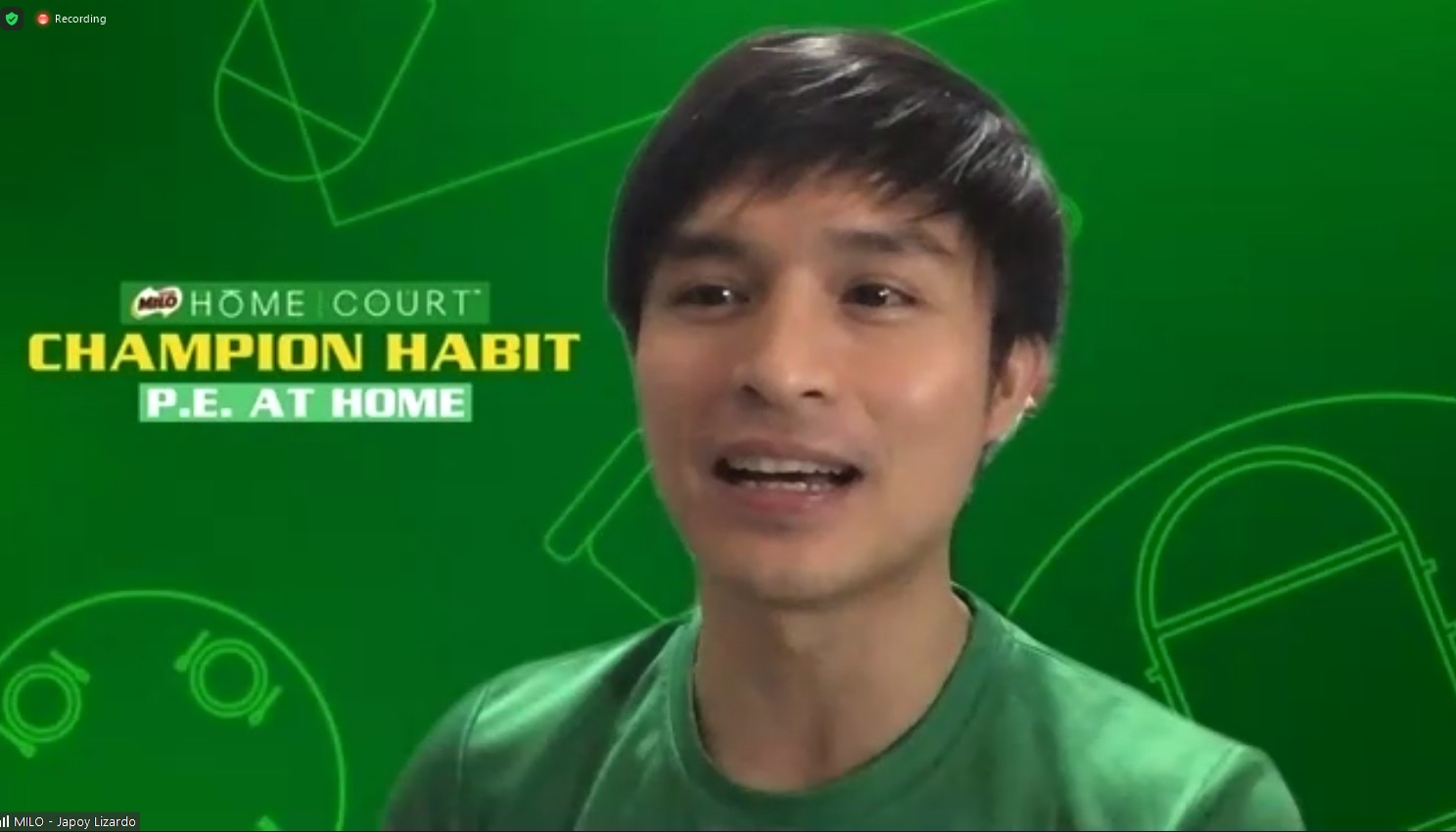 FORMER Southeast Asian (SEA) Games taekwondo champion Japoy Lizardo said parents need to be the role models of their children, especially in living a healthy lifestyle while staying at home amid the pandemic.

Lizardo, a father of two boys Jace and Jevi, bared this during the virtual nationwide launch of the Milo Home Court Champion Habit P.E. At Home over the weekend.

The celebrity athlete, who started joining the Milo Best basketball clinic at age eight before shifting to taekwondo, said parents need to be intentional in keeping their kids from being hooked on playing mobile games, which has become a perennial problem since quarantine measures kept them at home for almost a year now.

He said, "We allow them to play or use gadgets pero limited time lang. What I usually do with Jace, I ask him, 'Jace, do you want to play outside?' Yung mismo ako na Daddy is excited to play with him. Ang technique ko, hina-hype ko na excited yung gagawin namin. It's my way of getting him more active outside."

Lizardo, who along with celebrity volleyball player Allysa Valdez hosts the six-minute daily exercise videos of the Milo Champion Habit P.E. At Home, admits that he, too, had to limit his screen time to encourage his sons to do the same.

He claims to enjoy doing sports activities. He makes his exercises with them as fun as possible, the same goes for his taekwondo classes.

"Mga push-ups na ginagawa namin, gumagaya. Maganda na nakikita tayo ng kids natin na nagwo-workout (When we do push-ups they imitate. It's always good that our kids see us when we workout)," he said.

Exercise Physiologist and University of the Philippines (UP) College of Human Kinetics Assistant Professor Revin Santos, for his part, underscores the importance of limiting children's screen time.

Santos said, "Lights dictate sleep. Kahit kung gabi na may screen time, that disrupts sa pag-prepare ng katawan for rest. Delay yung pagkaantok. No screen time na dapat sa gabi for the kids, even for us adults (The light emitting from gadgets and devices' screens keep users awake. It disrupts the body's preparation to rest. It delays sleepiness. No more screen time at night for kids and even for us adults)."

However, he said that for children who are already staying up late at night playing mobile games, limiting their screen times should be done gradually.

Meanwhile, Department of Education (Deped) Undersecretary for field operations Atty. Revsee Escobedo, in his recorded message, thanked the close partnership with Milo for the milestone project that will keep students aged seven to 13 years old healthy and strong.

Deped, he said, puts much premium on sports and physical activities as these bring out positive outcomes to students - high level of attentiveness and better concentration in their lessons.

"Integrating sport into the routines of our children is important to increase their ability and knowledge. I encourage parents to try and follow the (Milo Champion Habit P.E. At Home) exercises with their children," Escobedo said.

Milo Sports Executive Luigi Pumaren, on the other hand, said they want their sports programs to be accessible as possible thus their partnership with DepEd.