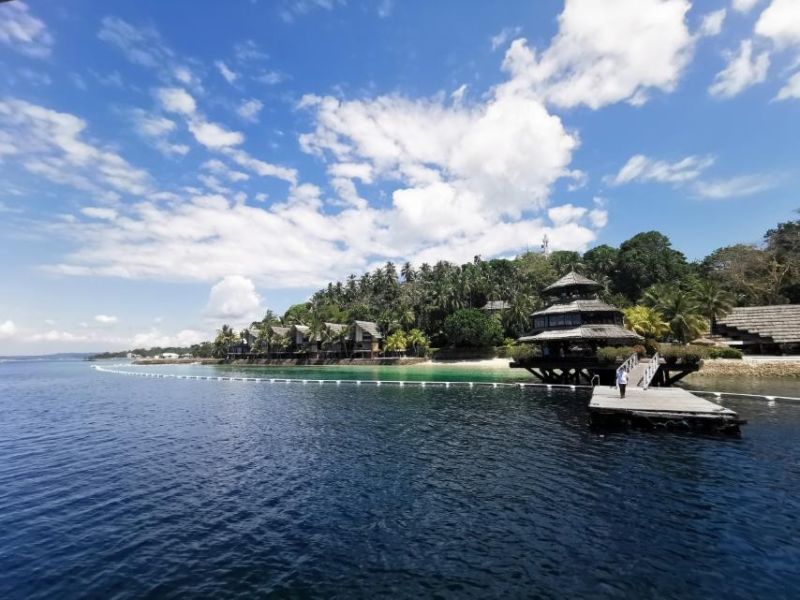 THE Inter-Agency Task Force on Emerging Infectious Diseases (IATF-EID) approved the request of the Island Garden City of Samal (Igacos) to = reopen its tourism industry.

In a news report from state-owned media PTV Davao on Tuesday, February 23, Igacos Mayor Al David Uy confirmed that the IATF granted their appeal to allow the gradual reopening of the island to tourists under a limited capacity.

This despite the uncertainty of the island's quarantine classification in the coming month as Igacos, under the territorial jurisdiction of Davao del Norte, is still under general community quarantine (GCQ).

Under the IATF omnibus guideline, tourism-related activities are prohibited in areas under GCQ.

Uy said they would still impose strict measures following the reopening of tourism on the island.

"Of course, 50-percent capacity of the resort, then of course no booking, no entry, kana nga mga pamaagi (we will still impose this), and of course, we still have the curfews," the mayor said.

Igacos appealed for the reopening of their tourism industry twice. The first appeal was rejected and it was the second appeal that was approved by the IATF.

Only resorts and other tourism-related establishments accredited by the local government and the Department of Tourism (DOT) will be allowed to operate, he said.

Uy also said that tourists outside Davao Region will also be allowed to visit Samal, but they must abide by the imposed requirements.

"Kadtong sa mga (Those from) outside Davao Region, they will go through the antigen test. Isa pud na sa gi-unsa pud sa IATF sa amoa (These were the regulations that the IATF ordered us to implement). Anyway, ang (the) antigen, ang mag-conduct ana [is] ang city unya libre na siya (will be provided by the city for free)," he said.

Cabinet Secretary and IATF co-chairperson Karlo Nograles said they are also supporting the move for "tourism dependent local government units" like Igacos, in order to gradually help recover the tourism industry, which was badly hit by the restrictions imposed to curb the spread of the Covid-19 pandemic.

"The Department of Tourism, and the entire national government is very interested in opening up tourism bubbles in various areas in the country because we wanted to rebound and recover our tourism industry once again," Nograles said, adding that this would further generate job opportunities.

He also urged local government units (LGUs) to coordinate with DOT to lay down measures to help them gradually reopen their respective tourism industry, without compromising the mandated health protocols.

Mindanao Tourism Council president Araceli Ayuste told SunStar Davao in a text message that they are "happy" with the decision to re-allow the operation of tourism in the island.

"We are happy that the request of our Honorable Mayor Al David T. Uy was granted. We are still waiting for the executive order before we can accept booking to our guest," Ayuste said.

In a recent press conference, she said that resort owners of the island are appealing to the local government to lift its order in closing resorts in the island to revive the tourism industry.

Ayuste said due to the prolonged closure, many workers have been displaced.

Igacos has been under GCQ since December 1, 2020 and was recommended by IATF-EID to stay under the said quarantine status until February 28, 2021. (With reports from Ace June Rell Perez and PTV Davao)