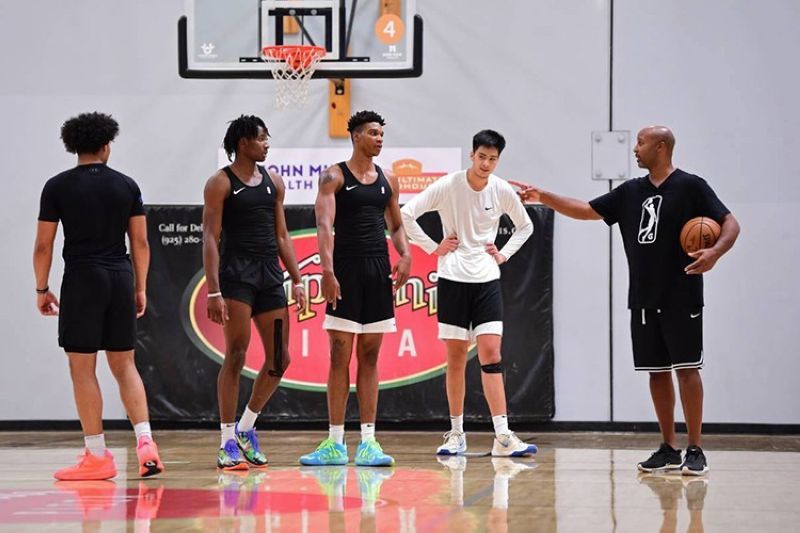 The NBA G League has announced that Filipino prospect Kai Sotto would no longer be joining the Ignite team inside the current bubble season being held in Orlando.

“With the team’s permission, Sotto left Ignite in January to train with the Philippines National Team at the FIBA Asia Cup Qualifying Tournament in Qatar before that event was cancelled.

“Kai and the team both understood the challenges for him to rejoin Ignite given the current international travel constraints, quarantine times and health and safety protocols,” the statement continued.

Prior to the decision to play for the Gilas, the 7-foot-3 center had been training with the Ignite squad under veteran coach Brian Shaw for several months already. They arrived in the country on February 2 and not long after, joined the Gilas training camp at the Inspire Sports Academy in Calamba, Laguna. However, the Philippines was forced to cancel its hosting of the FIBA Asia Cup qualifiers after the government imposed travel restrictions.

Although Qatar quickly stepped in to assume the hosting duties, Doha was also forced to call off the games because of the rise of Covid-19 cases in the region.

Sotto and his dad, former PBA player Ervin Sotto, flew back to the US on February 14 to apparently try and rejoin Ignite but that didn’t materialize as the two sides agreed to the mutual parting. (JNP)