P8.7M worth of marijuana uprooted in Asturias village 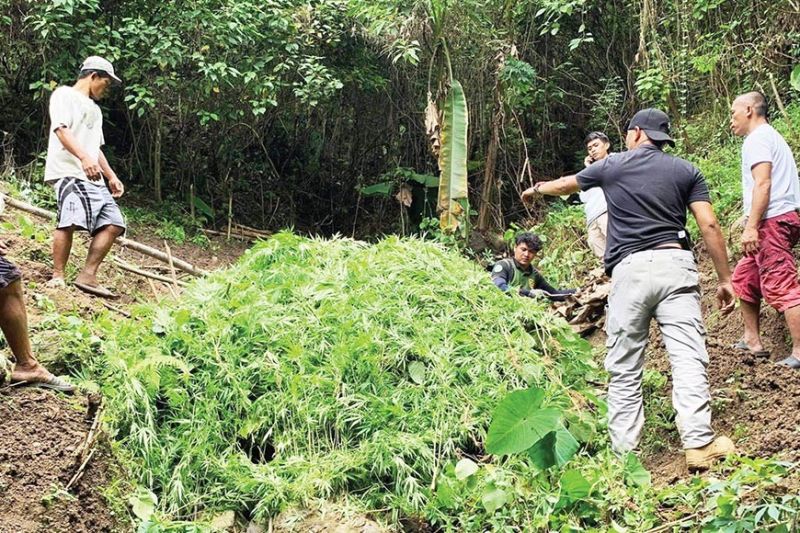 UPROOTED. Around 22,000 stalks of fully-grown marijuana plants are uprooted by operatives of the Cebu Provincial Police Office (CPPO) in two sitios in Barangay Kaluangan, Asturias town on Wednesday, Feb. 24, 2021. The uprooted marijuana stalks have a total worth of P8.7 million. / Contributed 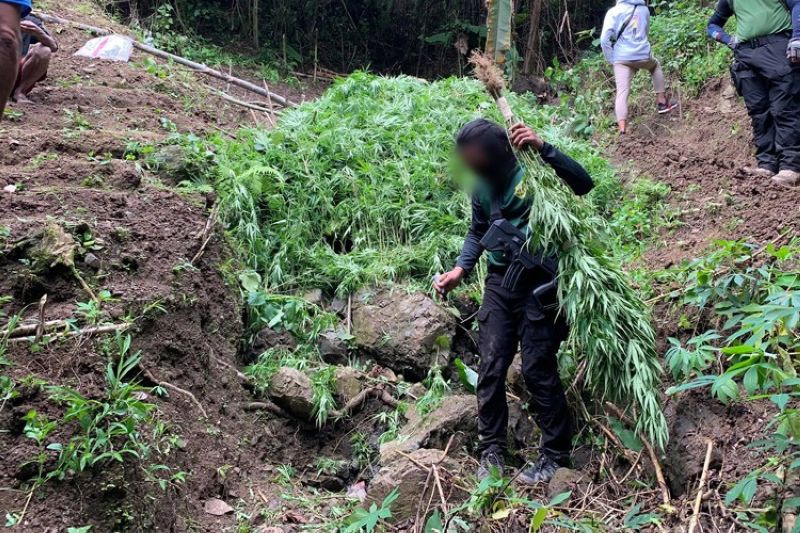 AROUND 22,000 stalks of fully grown marijuana worth P8.7 million were uprooted by operatives of the Cebu Provincial Police Office (CCPO) in Barangay Kaluangan, Asturias town on Wednesday, Feb. 24, 2021.

During the first operation, police were able to uproot 11,500 marijuana stalks worth P4.5 million that were planted in Sitio Upper Kaluangan.

Police officials conducted the operation after receiving information from a concerned citizen concerning the illegal planting of marijuana stalks in the barangay.

Police Lt. Lino Galvan III said the concerned citizen identified himself as one of those being hired to plant the marijuana plants in the area.

After securing the information, Galvan sent his personnel in the area to conduct surveillance.

But despite what police have recovered, no one was arrested during their operation.

Police, however, identified the plantation owners as Jay-R Camaogay and a certain Johnny who is also known as “Yungko.’

Those working in the plantations were able to flee the scene when police got there. (AYB)