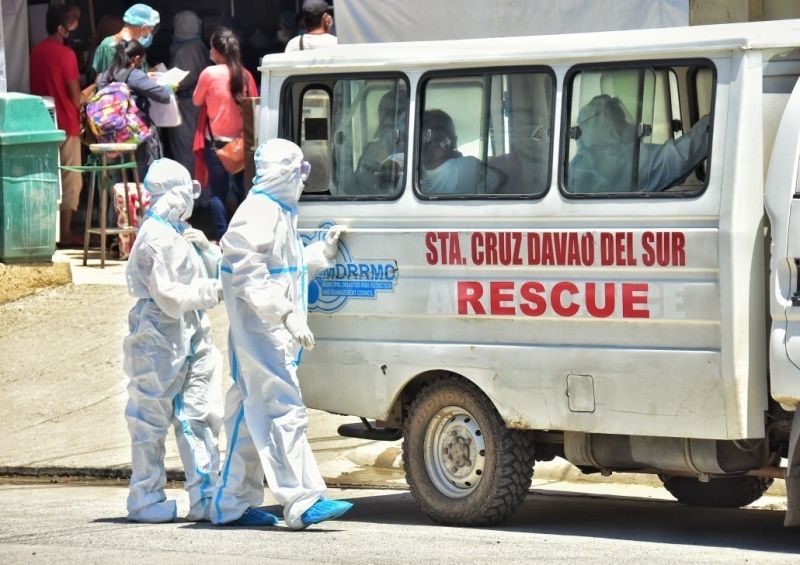 WITH the downtrend of Covid-19 cases, a local health official said Davao City will be temporarily suspending the operation of some of its designated temporary treatment and monitoring facilities (TTMF).

City Health Office (CHO) Acting Head Dr. Ashley Lopez said in a radio interview on Wednesday, February 24, 2021, based on their data on the current utilization rate of TTMFs in the city, occupancy rate is at an average of 19 to 23 percent for the past weeks.

As of February 8, Lopez said the city has 17 TTMFs intended for mild and asymptomatic Covid-19 patients. This includes a pay hotel TTMF and a public school.

During a meeting with the Davao City Covid-19 Task Force, Lopez said the body, with the approval of Mayor Sara Duterte-Carpio, decided to reduce the number of TTMFs in the city.

"So that maka-save sab ang siyudad sa mga investments aning atong (we can save on) Covid-19 facilities," Lopez said in a radio interview on 87.5 FM Davao City Disaster Radio.

He said they had suspended the operation of the pay hotel due to its low occupancy, which the hotel management also suggested.

"Because it is a pay hotel, expected nga gamay ra gyud ang magpa-admit diha," he said.

Lopez said the last patient who was admitted to a hotel was already discharged on February 23, while no one was admitted to a public school, which was used as a reserved TTMF in case there will be a spillover of Covid-19 cases in the city brought about by a post-holiday surge.

Meanwhile, medical personnel assigned at TTMFs that will be temporarily closed will be transferred to other Covid-19 facilities.

Based on the Covid-19 trend, the health official observed a continuing downtrend of active Covid-19 cases in the city since February 3.

According to the Department of Health-Davao Region Covid-19 case bulletin, as of February 23, Davao City had a total of 12,832 cases, wherein 748 were active cases, 11,458 were recoveries and 626 were deaths.