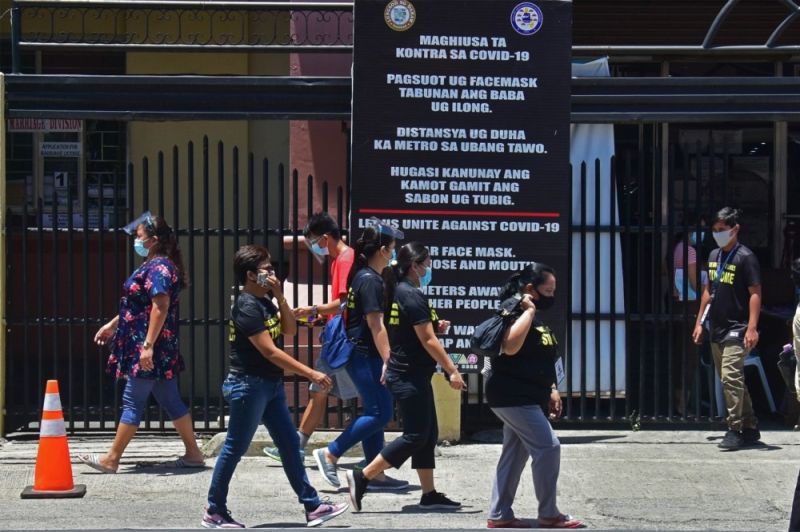 A LOCAL health official said Davao City is targeting to beat the overall recovery rate in the country as Covid-19 recoveries in the city continue to rise.

City Health Office (CHO) Acting Head Dr. Ashley Lopez said in a radio interview on Wednesday, February 23, 2021, that the city is continuing to experience a downtrend of active cases due to a large number of new recoveries.

He said the total number of recoveries accounts for an 89-percent recovery rate for the city.

The health official said the city's recovery rate is inching closer to the national recovery rate, which is currently at 93.1 percent.

He added, "Kung ato na malampasan nang 93 percent nga recovery rate, then that is very, very good na (If we would surpass the 93-percent national recovery rate, that is already a very good) accomplishment for Davao City."

Lopez noted an estimated 50-percent drop of active cases in the past two weeks.

"In fact, ang (our) number of deaths from March [2020] up to present, murag nipantay na siya sa atong (is almost equal to our) active [cases]," he said.

With the downtrend being felt since February 3, the health official said they are also targeting to decrease the active cases to a single digit or a much lower double-digit.

Cases continued to increase until January 2021 brought about by the post-Holiday surge, which was projected to be felt until mid-February this year.

Lopez cited the importance of having a projection or forecasting for Covid-19 cases, as it will be the city government's basis in its response.

Lopez said their projections were “accurate,” although the downtrend was felt a week earlier than what was previously projected.

"Mao na (That is the) advantage when you have accurate data, if you're going to have some anticipations based on the forecasting," he said, adding that their forecast depicts what would be the Covid-19 situation in the city in the coming weeks or months.

He said this progress is facing challenges brought about by the recent discovery of the new Covid-19 variant in the country, now also recorded in Davao City coming from a 10-year-old boy who was asymptomatic and fully recovered.

He also cited the recent recommendation of placing the entire country under MGCQ as a challenge in the city's improving Covid-19 situation.

Lopez said in a previous report that it is still early for the city to shift to a more relaxed quarantine status as the city is still managing to improve its Covid-19 case management.

He also said the recent recommendation of allowing international flights, even with countries with existing new variants, to enter Metro Manila is also another challenge.

According to Lopez, foreigners will now be allowed entry into the country provided they will undergo a 14-day quarantine.

"Problema ani kay kung makasulod (The problem is that once they enter), the question is how far can we monitor or mabantayan kaning pasyente (or monitor our patients)? How far can we go so we can suppress the possible transmission?" He said.

Lopez reminded the public to adhere to minimum health protocols as a measure to curb the spread of the coronavirus while the country waits for the Covid-19 vaccines.

Even with the arrival of the vaccines, he encouraged that health protocols would still be imposed as the vaccine's effect will not take effect immediately.