Court workers to be swabbed 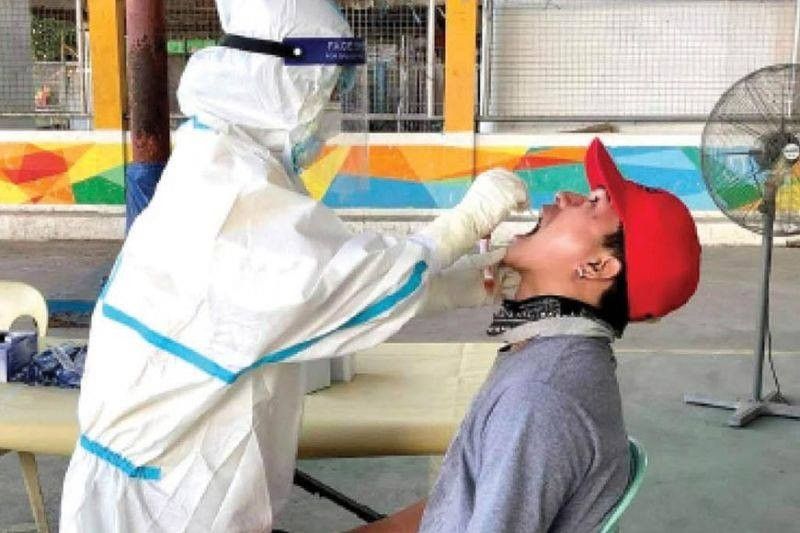 PERSONNEL of the Cebu City Hall of Justice (CCHOJ) based at the Qimonda Building at the North Reclamation Area will be undergo a mass swabbing as a way to curb the Covid-19 infection in the local courts.

The mass swab testing was disclosed by officials of the Regional Trial Court (RTC) in Cebu City during its 1st Bench and Bar Dialogue organized by the Integrated Bar of the Philippines (IBP) for this year.

Judge Marlon Moneva, RTC Cebu City executive judge, said they secured approval from the Department of Health (DOH) to conduct mass swab testing for their personnel as part of their efforts to curb the transmission of SARS-CoV-2, the virus causing Covid-19.

But Moneva, however, he said this is still pending as the judges have yet to decide whether it will be compulsory or not.

“In my mind, it (mass swab testing) will never serve its purpose if it will not be a swab test for all. It’s either a swab test for all or nothing at all because how would you be able to determine if my co-employees are not infected when I am tested and the others are not,” Moneva added.

Only Branches 19 and 22 are still on lockdown while the rest have reopened.

He also reported that they have recorded at least 28 positive cases in the RTC offices.

He said the mass swabbing will also be an important factor or basis whether to lock down the entire Qimonda building or to just continue implementing granular lockdown due to confirmed positive cases.

Moneva said that locking down of the entire Qimonda building should be a “last resort.”

Moneva said aside from disinfecting affected court offices, they have entered into an agreement with the Vicente Sotto Memorial Medical Center (VSMMC) to swab their staff suspected to have Covid-19.

“Among those who get swabbed, if it is a negative result, they will have to continue with the 14-day mandatory quarantine, if they turn positive, we know the protocols they will be isolated and be taken either by the barangay or health authorities,” he said.

But members of the Integrated Bar of the Philippines (IBP) Cebu City chapter agreed that locking down the entire court building and not just “granular court closures” should be implemented in the case that one court personnel is tested positive of Covid-19.

“If one Covid positive individual has gone inside the court building, visited common areas and used the elevator, he or she may have already transmitted the virus to various people,” Amago said.

Amago added that should the entire court building be locked down, video conference hearings must be conducted to avoid hampering the court’s operation.

In Mandaue City, local court officials also strictly implemented health measures in their courthouses after some of their personnel tested positive of Covid-19 recently.

Judge Mercedita Ygnacio, RTC Mandaue City executive judge, said they have 12 confirmed Covid-19 cases as this month and have temporarily closed two courts due to confirmed infections among personnel.

Aside from decontaminating the two courts, Ygnacio said they have strictly implemented health measures such as not allowing hearings to proceed if attendants are not wearing their face masks and face shields.

In Lapu-Lapu City, local court officials said due to confirmed Covid-19 cases among their personnel, they have decided to provide work from home options and video hearings for their judges and prosecutors. (WBS)
< Previous PageNext Page >