Healthcare systems in all regions within safe zone, DOH says 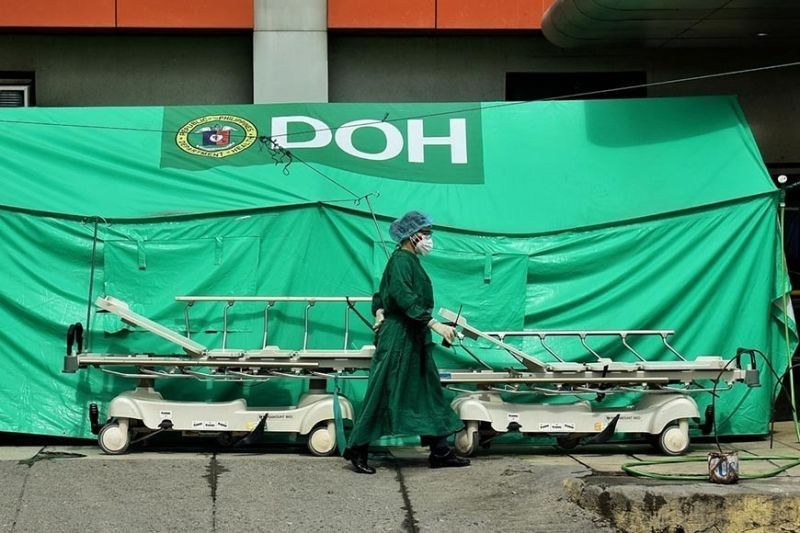 DEPARTMENT of Health (DOH) Secretary Francisco Duque III on Wednesday night, February 24, 2021, said healthcare systems in all regions were still generally in the safe zone as only about half of the facilities designated for the pandemic were in use.

However, Duque said Baguio City was considered as high risk while Lapu-Lapu City (Cebu), Santiago City (Isabela), Makati City, and the provinces of Davao de Oro and Isabela were classified as moderate risk.

Among the regions, Central Visayas and Davao had the highest health care utilization rates (HCUR) of 48 percent and 47 percent, respectively.

The HCUR, which refers to the proportion of beds and ventilators being used by coronavirus disease 2019 (Covid-19) patients, is the parameter used by the Inter-Agency Task Force (IATF) for the Management of Emerging Infectious Diseases in the escalation of risk classifications.

It is also one of the factors considered in the de-escalation of risk classifications, along with the daily attack rate, two-week growth rate, case doubling time, and surveillance, contact tracing and isolation efficiency, among others.

The IATF is set to recommend to Duterte before the end of February the new risk classifications and community quarantine levels for March.

Other regions with high 2WGRs were Northern Mindanao, Mimaropa and National Capital Region (NCR), he said.

Nationwide, Duque said infections have plateaued or even slowed down.

The average daily attack rate, which represents the risk of contracting Covid-19, was 1.56 per 100,000 population for the entire country.

Five regions - Cordillera, Central Visayas, Davao, Caraga and NCR - had attack rates higher than the national average. Cordillera had the highest at 5.6 cases per 100,000 population.

The DOH earlier confirmed a cluster of B.1.1.7 variant cases in Bontoc, which is within Cordillera Administrative Region.

Health officials are investigating a possible variant in Cebu in Central Visayas, where two mutations of Sars-CoV-2 were detected in more than 30 cases.

Duque said the risk of Covid-19 transmission was especially high in the cities of Cebu, Mandaue and Lapu-Lapu, all in Cebu Province.

Lapu-Lapu City, which hosts the Mactan-Cebu International Airport, was at “moderate risk” of running out of Covid-19 beds and ventilators with an HCUR of 69 percent, Duque said.

In Northern Mindanao, Cagayan de Oro City and the provinces of Misamis Oriental and Bukidnon were classified as moderate risk due to an increase in 2WGR and average daily attack rate.

In the NCR, the cities of Navotas and Pasay were classified as high risk.

Navotas posted a 349 percent increase in its 2WGR while Pasay City had a high average daily attack rate of 8.62 cases per 100,000 population.

Classified as moderate risk areas in the NCR were the cities of Malabon, San Juan, Makati, Manila, Las Piñas, Valenzuela and Quezon, and the town of Pateros.

As of Wednesday, there remained 30,970 active cases of Covid-19 in hospitals and isolation facilities nationwide.