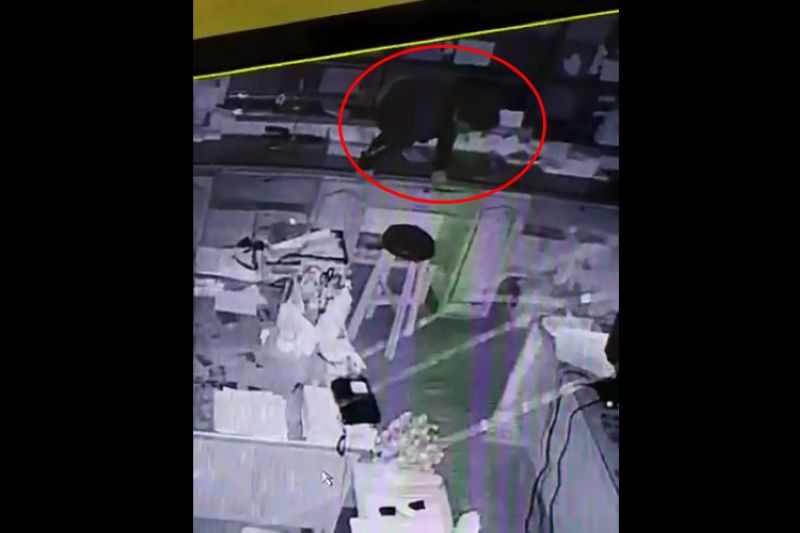 A male burglar is seen on CCTV camera inside the convent of St. Joseph Parish in Barangay Tabunok, Talisay City. He and his two companions stole P50,000, the savings of the convent workers. (Talisay City Police)

Closed-circuit television (CCTV) footage shows three men stealing inside the convent. The money they took was the savings of the convent workers placed inside piggy banks, not parish funds.

The CCTV footage also shows the unidentified burglars walking to the locked gate of the parish and climbing over it. Two individuals entered the convent through a sliding window while the third man served as the lookout.

Police Corporal Clifford Lerio, an investigator of the Talisay City Police Station, said that identifying the burglars caught on CCTV camera would greatly help their investigation. (REV WITH NRC)