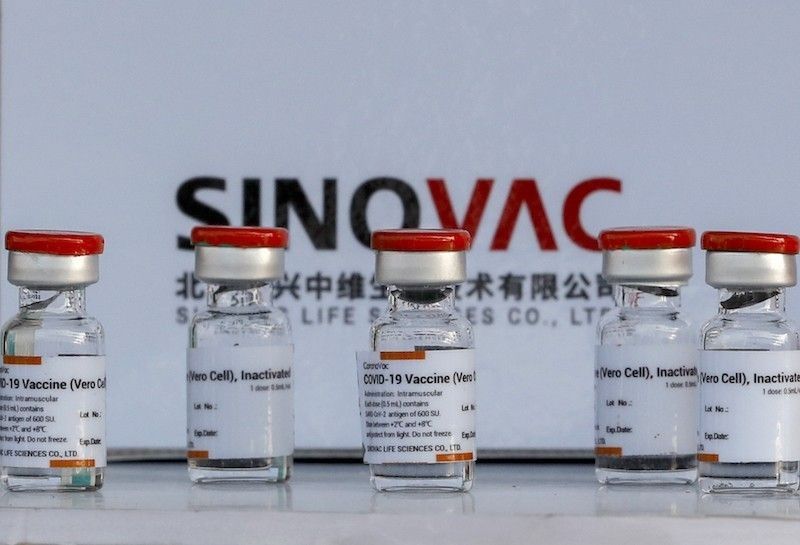 THE initial 600,000 doses of Sinovac vaccine donated by China to the Philippines are expected to arrive in the country on Sunday, February 28, 2021, but rollout of the vaccination campaign will not happen immediately.

In a press briefing held in Pamplona, Negros Oriental on Thursday, February 25, Presidential Spokesperson Secretary Harry Roque Jr. said the government is well-prepared for the arrival of the Philippines’ first doses of Covid-19 vaccines, including the hospitals that will be the first recipients of the vaccines.

“Handa na po ang ating mga ospital, kasama na rito ang Philippine General Hospital (PGH),” said Roque, adding that medical frontline workers of the PGH will be among the first to be vaccinated if they are willing.

The National Task Force Against Covid-19 and the Department of Health, however, issued a joint statement, denying that vaccinations will start on March 1.

"Specific details as to the allocation and subsequent rollout of the 600,000 donated Sinovac doses are still being evaluated pending the official recommendation of the National Immunization Technical Advisory Group (Nitag) and its approval by the Inter-Agency Task Force for the Management of Emerging Infectious Diseases," the two agencies said.

They added that the arrival ceremony would be held at the Villamor Airbase in Pasay City. Details of the ceremony were still being finalized in coordination with the Embassy of China.

In Negros, Roque said some government officials would attend the arrival ceremony. He did not mention whether President Rodrigo Duterte, who had expressed his wish to personally accept the donation, would be there.

In the same press briefing with Roque, UP-PGH Medical Director Gerardo “Gap” Legaspi said the UP-PGH has already released a statement that they will accept whatever vaccine that will come with an emergency use authorization (EUA) from the Food and Drug Administration (FDA).

Legaspi said the UP-PGH is ready in terms of the infrastructure and logistical requirements of vaccination, including the availability of freezers for the vaccines and the information technology requirement.

He stressed that what is important to remember is that whatever vaccine comes will make a difference in helping control the spread of the infection and that the PGH is ready to accept vaccines regardless of brand or where the vaccines came from.

Legaspi explained that a 50 percent efficacy means that a person will have a 50 percent probability of developing mild symptoms of Covid-19.

The probability of not having moderate symptoms is 75 percent, and the probability that a person is protected from severe Covid-19 is almost 100 percent.

He stressed though that all vaccines that will be approved by the FDA will give almost 100 percent protection from developing severe Covid-19.

Roque underscored that this is why it is important to get the position of medical frontliners on the issue because they can still be prioritized for the Sinovac vaccine if they agree to be vaccinated with it.

Roque was in Negros Oriental to attend a program on the readiness of the province for the vaccination program.

Negros Oriental Governor Roel Degamo said 21 out of 25 municipalities have active cases. As of Thursday, there were 123 active cases in the province.

Degamo also informed Roque that the first molecular laboratory in Negros Oriental is now fully operational, as well as a 34-room isolation facility at the Negros Oriental Provincial Hospital. (SunStar Philippines from PR)