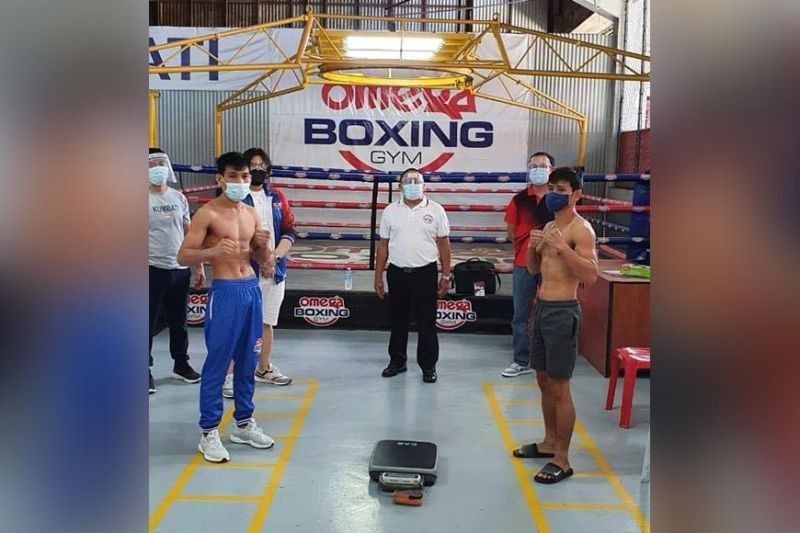 OMEGA Sports Promotions will kick off 2021 with its third “bubble” boxing event on March 27, 2021 at the IPI Compound in Mandaue City.

It will be yet again a two-part boxing show that features nine fights. Kumbati 9 will be at 1 p.m. followed by Kumbati 10 at 7 p.m.

World-rated light flyweight Mark Vicelles faces off with veteran Arnold Garde in a 10-rounder, in what should be one of the main events.

The 25-year-old Vicelles is starting to become one of the best 108-pound fighters in the Philippines. In 2019, he proved his worth after wins over world-ranked Jesse Espinas and former International Boxing Federation (IBF) Youth flyweight champion Robert Onggocan.

The 30-year-old Garde is on a slump and has lost his last three contests. His latest defeat is in the hands of IBF No. 3 flyweight Jayson Mama by unanimous decision in 2020.

Apolinar is fresh from a unanimous decision over Danny Tampipi in Dec. 18, 2020.

Paredes, on the other hand, lost by unanimous decision to Gyung Mo Yuh in 2019 in South Korea. He was on a five-fight winning streak before the loss, which included a win over ex-WBA Asia bantamweight champion Jestoni Autida.