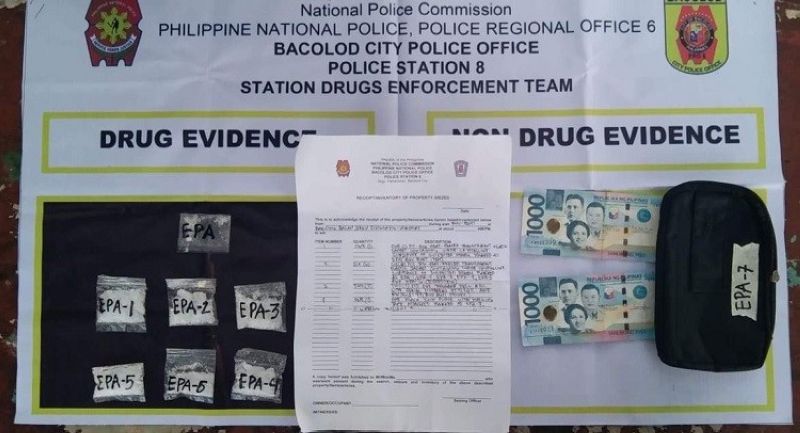 BACOLOD. An estimated P207,000 worth of shabu was seized in a drug bust by operatives of Police Station 8 in Barangay Singcang-Airport, Bacolod City Wednesday evening. (BCPO photo)

Police recovered from Pillada’s possession seven sachets of shabu weighing 30.5 grams with an estimated market value of P207, 000 and the P2,000 marked money.

Jovero and Dela Pena were arrested by operatives of Police Station in Purok Star Apple, Barangay 27 around 10:40 p.m.

Police recovered from the suspects’ possession five sachets of shabu weighing one gram with an estimated market value of P6,800 and the P500 marked money.

The suspects were detained at the custodial facility of Police Stations 4 and 8.

They will be charged for violation of Republic Act 9165 or the Comprehensive Dangerous Drugs Act of 2002.