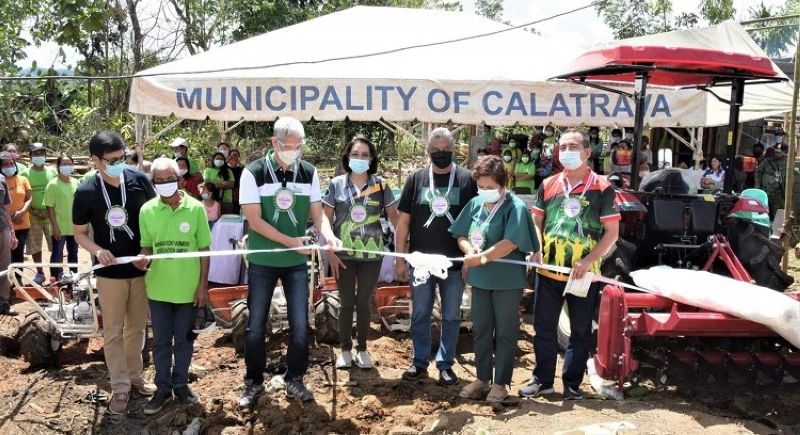 Lacson made the appeal in his speech during the Pasalamat 2021 activity of the Minapasok Farmers Association (Mifa) on Thursday, February 25, 2021, that included the blessing of farm equipment and MOA signing for a ram pump project.

Lacson also reminded everyone to follow health and safety protocols at all times.

The activity started with a thanksgiving mass followed by a short program and blessing of the farm equipment that includes a mini tractor and rice reaper harvesters.

Lacson also advised the association to unite and help each other in the attainment of their association’s goals and to properly manage and maintain the project entrusted to them.

They agreed to work together as partners in the development and improvement of water system facilities that will result in increased production and farm outputs for the benefit of the farmers.

The Mifa officers and members thanked government officials and private partners for the support given to them.