5 Manobos arrive in Cebu to get their children 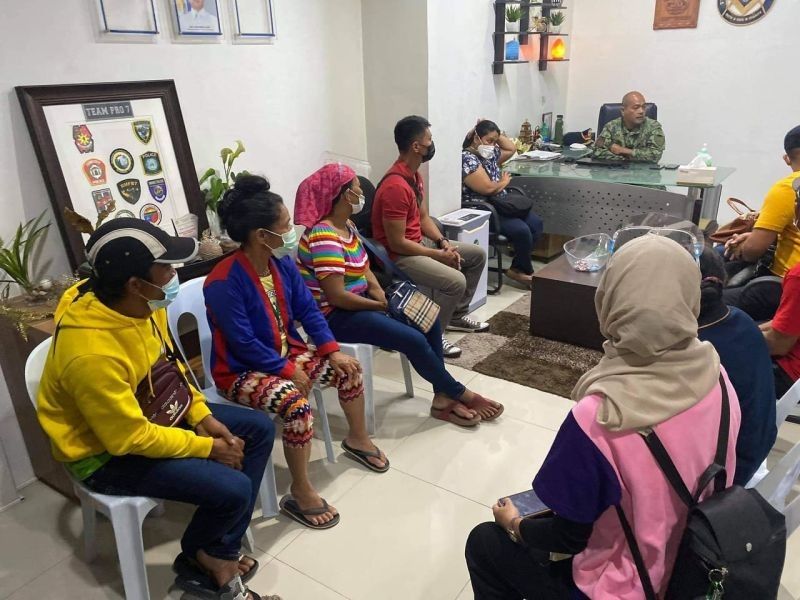 FOR four years, Lita Moral, a Manobo, thought her daughter was already dead. She was shocked when she learned her daughter is in Cebu, one of the lumads “rescued” by the police from a retreat house located inside the University of San Carlos in Barangay Talamban, Cebu City.

Moral did not have any communication with her daughter since the latter was taken. Because of this, she assumed her daughter to be dead. Crying, she shared her experiences through an interpreter inside the Regional Intelligence Division (RID) 7 in Camp Sergio Osmeña, Cebu City.

Moral is one of the five Manobo parents who arrived in Cebu by boat from Sultan Kudarat, Mindanao on Thursday, Feb. 25, 2021, at 4 p.m.

The parents were accompanied by a social worker and assisted by the Cebu City Social Welfare Services to get their six children who are minors.

They shared to Police Colonel Robert Lingbawan, head of RID 7, that they were not aware that their children were brought to Cebu Province. (BBT/With NRC)
< Previous PageNext Page >