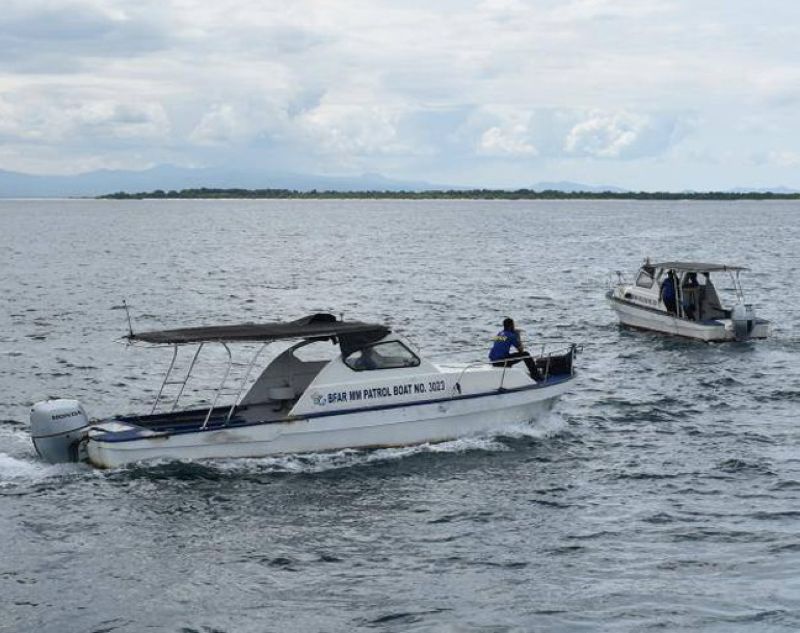 ZAMBOANGA. The Bureau of Fisheries and Aquatic Resources (BFAR) records seven apprehensions in the annual three-month Closed Season for the Conservation of Sardines from December 1 until March 1. A photo handout shows two of the Bfar patrol boats deployed to ensure compliance with the fishing ban. (SunStar Zamboanga)

THE Bureau of Fisheries and Aquatic Resources (BFAR) Fisheries Resources Protection Group (FRPG) has made seven apprehensions, while the annual three-month Closed-Season for the Conservation of Sardines is in effect.

BFAR-Zamboanga Peninsula Director Isidro Velayo, Jr. said the apprehensions were made in East Sulu Sea, Basilan Strait, and Sibuguey Bay, which are covered by the BFAR Administrative Circular (BAC) 255 or the Establishing of Closed Season for the Conservation of Sardines from December 1 to March 1.

Velayo did not name the arrested violators of the fishing ban except to say that they violated Sections 86, 95, 98, and 113 of Republic Act 10654, an act to prevent, deter and eliminate illegal, unreported and unregulated fishing, amending R.A. 8550, otherwise known as the Philippine Fisheries Code of 1998.

The imposition of the closed-season for sardine fishing is now in its 10th year and BFAR has recorded an increasing trend in the catch of sardines since it was first implemented.

Meanwhile, Velayo said a simple lifting ceremony for the 10th Open Season for Sardines Fishing will be held Monday, March 1, at the fishing port complex of the Philippine Fisheries Development Authority in Sangali village, this city.

He said commercial fishers may resume their operations in the waters off East Sulu Sea, Basilan Strait and Sibuguey Bay.

Velayo expressed his gratitude to fishing and canning companies, local government units, partner agencies, academe, non-government organizations, media and all stakeholders for their all-out support and active involvement, as the conservation management measure took another successful undertaking in managing the sustainability of the fisheries resources in the region particularly the sardine species. (SunStar Zamboanga)