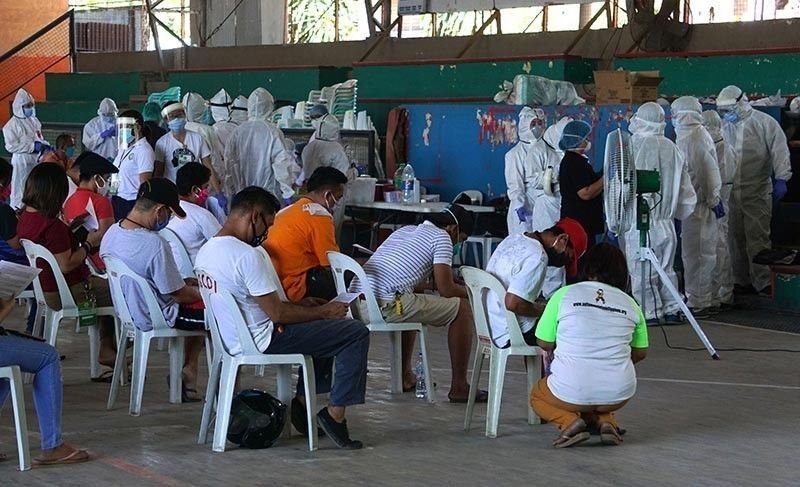 MANDAUE CITY City logs its highest recorded new additional cases of 107 for this year, on Feb. 25, 2021.

Lawyer August Lizer Malate, the head of the Emergency Operations Center (EOC), said this record is directly proportional to the testing of the city since they have also intensified their testing.

Malate said that they have tested 606 individuals and 107 have tested positive for Covid-19.

Which is also recorded as the highest positivity rate of 17.6 percent.

It has surpassed the threshold of the Department of Health which is five percent, by more than three-fold.

He said that that it does not mean that the logged cases are the cases swabbed on that day, sometimes the releasing of the results is accumulated from the previous days.

Thus, there are days that they logged a smaller number of cases because it will depend on the release of the results from the laboratories.

Despite the drastic rise of cases, Malate said that the city will continue to maintain its effort in fighting Covid-19 through the strategies that they have been practicing.

"We capture them, identify them and find ways to isolate them," said Malate.

Also, based on the running data of Mandaue City, Malate said that although the cases have increased, the mortality rate remains low.

He said that this year, they have recorded four to five deaths.

This only shows that the virus could spread quickly but its effect on the health of most patients is minimal, said Malate.

Meanwhile, Malate said that Mandaue City accepts and honors the policies that the neighboring cities and provinces will take, this includes the easement of the travel restrictions.

He said that they will adjust since Mandaue City is not a tourist city but a passthrough city.

The city just wants the Inter-Agency Task Force (IATF) to have a uniform, acceptable, practicable, and reasonable policy for the outgoing and incoming travels considering that tourism is one of the source of income of the country, Malate.

Besides, he said that the easement of the travel restriction will give a good impact on the city's economy.(KFD)