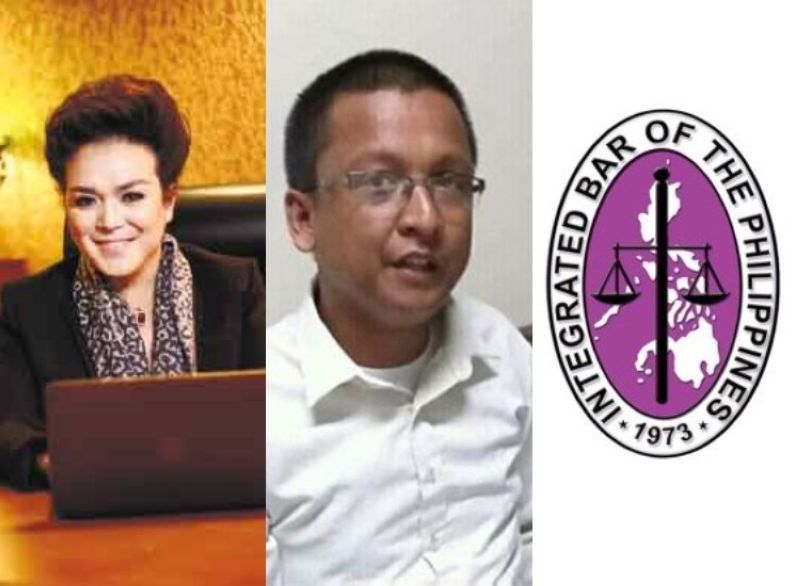 CHAPTERS of Integrated Bar of the Philippines (IBP) all over the country will choose new officers Saturday, February 27. In Cebu, lawyers will vote for members of the respective board of officers of the Cebu City and Cebu chapters, whose term of two years will start April 1, 2021 and end March 31, 2023.

The public may not have seen indications of the election season in the law profession. No public noise and activity among the candidates and the voters. No glut of propaganda that mark a regular election of government officials.

People are generally interested in lawyers and what they do or are being done to them. The annual bar exam results stir and excite the community. The killing of a lawyer sets off tremors not felt when another professional is executed.

The lawyers are having an election but there are no posters, no office-to-office campaigning, minimal media hype, no public appeal for vote.

The IBP does not want it to be anywhere close to the likes of a regular election of public officials. And the rules impose a ton of restrictions, which basically say it is a non-partisan, non-political exercise. The majority of lawyers elects its leaders but without the trappings and hoopla of the regular Philippine election.

Those who participate as voters or candidates are limited to chapter members in good standing, as defined by IBP rules. One requirement, other than having no unpaid dues, is that the candidate, who shall be on the voters list, must not hold any judicial, quasi-judicial or prosecutor’s office in the government. The most vied position is that of the president, whose job brings recognition of one’s peers, prestige to his or her law practice and chances of advancement in career. To get to be president, a member usually serves first as vice president, secretary, treasurer, auditor, PRO or one of the not more than five directors.

Along with the standards on voting and being voted upon are the various prohibitions, which have been there for a few decades already.

The new element this election year though is the substantial increase in the use of social media. Would the IBP election rules apply to candidates who use Facebook, Twitter or Instagram to promote their candidacy?

Regal Oliva, Cebu City IBP chapter president, confirmed Saturday the rules do not mention social media use by candidates. “So since the rules (are) quiet, it cannot be regulated.”

Oliva did not say if she saw any campaigning on the internet. A group of lawyers two days before election day conducted a live-streamed forum for the protection of lawyers, taking up the issue of the rash of killings and at the same time projecting some of the resource persons who must be running for IBP positions.

Atty. Vincent Isles, a member of the group, didn’t think it was campaigning and thus “cannot be considered prohibited.” They were merely promoting a program to help promote the safety of lawyers, Isles told SunStar. If their group would get the majority in the Cebu province chapter, the program would be institutionalized, he said. And to him, it’s not campaigning.

Despite the restrictions, some lawyers running for IBP office might still have found a way to get around the rules, such as “publishing one’s achievement in a newspaper” or “utilizing a hash-tag to identify the standard-bearer.”

Getting around the rules

Check out the written rules. Don’t the lawyers, being lawyers, skirt them?

[1] They cannot distribute campaign material, except on election day, which propaganda is limited to a statement of the bio-data of the candidate on not more than one page of legal-size bond paper. And the handouts will be distributed only by persons authorized by the officer presiding at the election.

[2] They cannot form tickets, single slates, or combination of candidates and their advertisements.

[3] They cannot influence the vote for or against a candidate, such as paying membership dues; giving food, entertainment, transportation or any article of value; or promising to pay expenses.

Forming groups or tickets, for one, stand out as being widely violated and tolerated although organizers are not so stupid as to print or publish sample ballots with candidates’ names and all.

A veteran lawyer who asked not to be named said there are ways to get around the IBP rules but most candidates are upright and wouldn’t risk their reputation and career.

Some IBP chapter candidates in the past were known to have secured the help of local government chief executives who have lawyers to influence in the balloting.

But what brought the reforms must have been the June 3, 1989 IBP national election scandal, which led the Supreme Court to nullify in October of that year the poll results, unseat the winners headed by president Violeta C. Drilon, and introduce several changes in election rules.

The scandal involved the use of government planes and vote-buying in the form of plane tickets, hotel stay and wining and dining.

Though it was an IBP national election and the stakes were larger, it showed how lawyers’ association politics could get out of control. The name-calling in national media – “The Invertebrated Bar,” “The Disintegrating Bar” (Malaya) “Pam-Pam” (Teodoro Locsin Jr., Free Press) -- and the exposes on “vote-buying and pressure tactics” indicated the extent of the problem and justified the high court’s action.

Between the extreme of a corrupted election and the extreme of an election where knowledge about the candidates and their program is deficient, there must be an honest but informed process. And in revisiting the procedure, the internet factor has to be included.