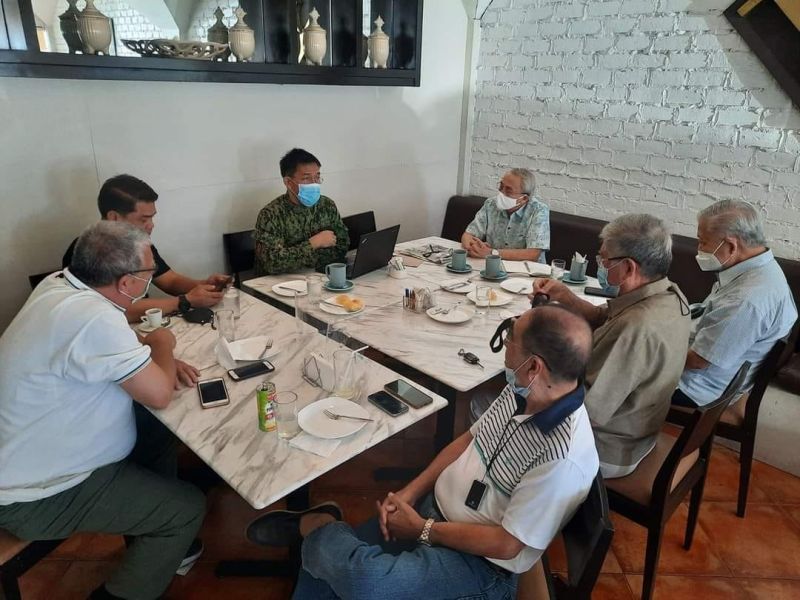 HAVING been assured that authorities are on top of maintaining peace and order in Bacolod City, local businessmen have expressed a high level of confidence in the police force in the Negros Occidental capital city.

MBCCI Chief Executive Officer Frank Carbon, who attended the meeting, said considering the vision, working plan and other matters discussed to them by the BCPO top official, they are upbeat that the local police force can maintain the business confidence in the city.

Carbon said it is good that Placido recognized that businesses are worried over concerns hounding the peace and order situation in the city rather than being complacent.

“He [Placido] told us that you have to be very vigilant because if businesses are not taking it seriously then we might also, sometimes, not take it seriously,” the business leader said, adding that “this guy is a thinking police, proactive and has a mind of a businessman preparing the city for the future.”

The meeting, which was also attended by City Council’s committee on police matters Councilor Al Victor Espino, came after the recent series of killing incidents in the city.

For February 2021 alone, there were at least six shooting incidents in the city, resulting in the death of the victims.

Carbon said they discussed such concern with the top cop during the meeting. He refused to further elaborate on this for confidentiality.

Since his appointment as the new acting director of the BCPO in September 2020, it was the first time that MBCCI and other business groups have sat down with Placido.

Among the points he presented to the business groups included his plan to establish more police stations especially towards the western portion of the city.

Carbon said the BCPO head has recognized the fact that developments are moving towards this direction thus, he is pushing for bringing the police closer to these new growth areas.

“He was able to get a lot of donations in some areas that are ready for establishment of new police stations,” Carbon said, adding that they also welcomed the pronouncement of Placido that some 100 additional police personnel will be deployed in the city in the next three months.

For the business sector, “though it might be temporary, it could help much especially in boosting police visibility during that period.”

Another move of the BCPO is to operationalize the Motorized Anti-Street Crime Operatives (Masco) probably starting next week.

The business leaders told Placido that if operatives will utilize their own vehicles, not that of the city government, they are willing to augment for their fuel expenses.

“When you are very visible especially in the central business district, in the evening and in the morning, then it’s easy to convince the whole business community of Bacolod City to increase their confidence towards the police force,” Carbon stressed.

The business groups and Placido also agreed to regularly meet once a month starting this March, along with the local government, so to consistently discuss issues concerning the city’s peace and order situation.

The MBCCI official said through stronger collaboration with the police, they are looking forward to making the city become more attractive for local businesses to open up and for investors to come in that would mean more employment.