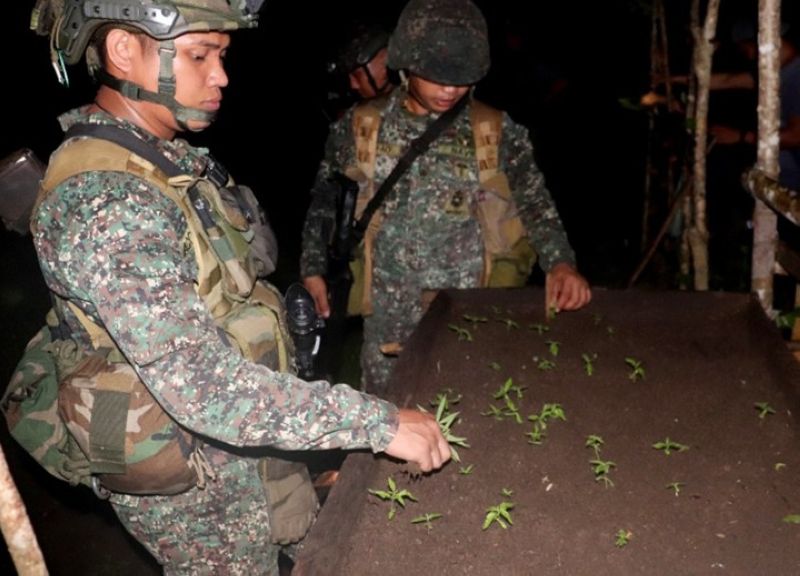 MARINE troops together with policemen have destroyed some half-a-million pesos worth of marijuana in a remote village of Sulu, military officials announced.

Gonzales said troops were on security operations when they discovered the marijuana plantation.

Lieutenant Colonel Eduardo Olaso, MBLT-7 commander, said that the plantation has an estimated area of two hectares planted with more or less 400 stalks of marijuana to include seedling, mid-size and fully-grown plants.

Olaso said they immediately coordinated with the police of Kalingalan Caluang and destroyed the marijuana plantation.

“We uprooted and burned all recovered marijuana plats,” he added.

Colonel Hernanie Songano, 4th Marine Brigade commander, said the alleged maintainer of the marijuana plants, a certain Sahabi, was not around when the troops swooped down the plantation.

Songano said the marines strongly support the police in conducting law enforcement operations to completely stop illegal activity for future generation of residents under the 2nd District of Sulu.

Gonzales lauded the efforts of the 4th Marine Brigade troops that led to the discovery of the plantation. (SunStar Zamboanga)