Fire hits resto inside mall; no one hurt 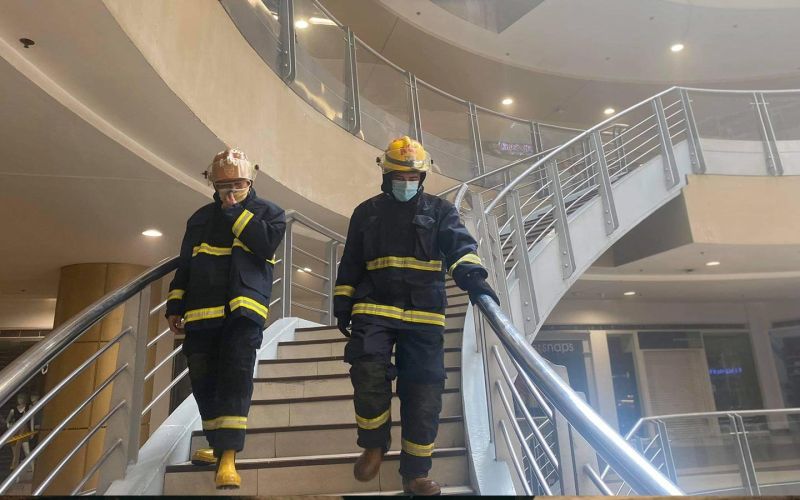 TWO days before the start of the Fire Prevention Month, a fire hit a restaurant on the second floor of a mall in Barangay Mabolo, Cebu City on Saturday afternoon, Feb. 27, 2021.

FO2 Fulbert Navaro of the Cebu City Fire Department identified the establishment as Kogi Q, which rents a space at SM City Cebu.

The estimate of the damage was pegged at P400,000. No one was hurt in the incident and no other commercial spaces were damaged by the fire.

Navaro said they received the fire alarm at 1:16 p.m. The firefighters and volunteers arrived within four minutes.

The firefighters controlled the blaze from spreading at 2:09 p.m. They later declared the fire out at 2:15 p.m.

Navaro said they are still investigating the cause of the fire, which reportedly started at the restaurant’s chimney.

In a statement posted on its Facebook page, SM City Cebu said the fire occurred in an isolated area. It said the area was evacuated for the safety of the customers and tenant employees.

The mall is conducting a joint investigation with the Bureau of Fire Protection.

The country has been observing the Fire Prevention Month every March since 1967.

In 1966, then President Ferdinand Marcos issued Proclamation 115-A, which abolishes the safety prevention week and declares the safety and prevention year starting in 1967.

Marcos ordered that each month of the year be “devoted to a particular aspect of safety and accident prevention.”

Fire Prevention Month is observed in March as the month is one of the hottest months in the country. State weather bureau Pagasa said the temperature and humidity in March start to reach higher levels, with the hot, dry weather causing a rise in reported fire cases around the country, the Philippine Information Agency reported. (BBT)
< Previous PageNext Page >