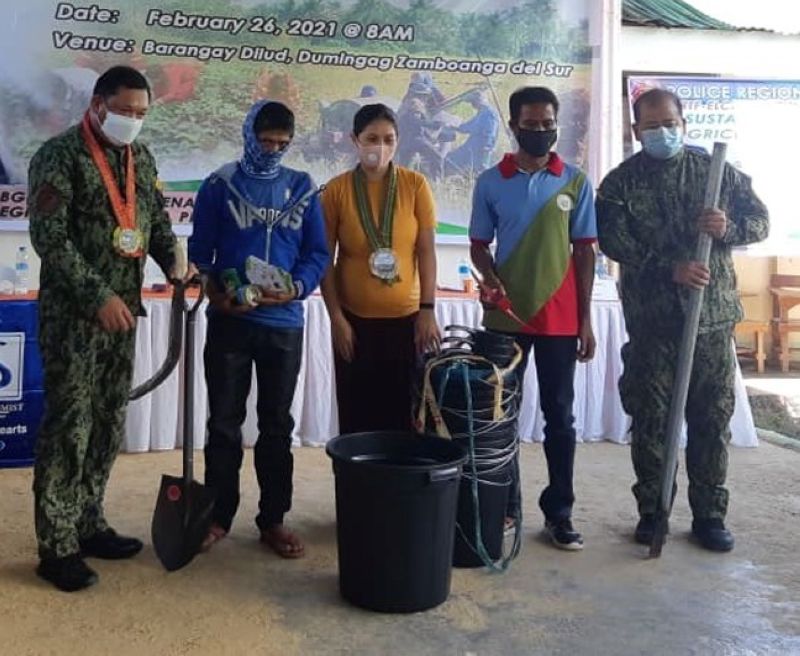 THE Police Regional Office-Zamboanga Peninsula has distributed some P50,000 worth of farm inputs to Indigenous Peoples (IPs) farmers in a remote village in Zamboanga del Sur.

Ylagan said in a statement Saturday, February 27, 2021, that among the farm inputs the recipient IP farmers in Barangay Dilud, Dumingag, Zamboanga del Sur have received Friday include 40 pails, shovels, mattocks, bolos and dippers, as well as assorted seedlings.

He said they also conducted Coronavirus Awareness Response Empowerment Infodemic Drive to the residents as part of their effort to raise awareness on how to prevent the spread of the coronavirus, especially at the grassroots level.

Ylagan said IP farmers program beneficiaries will undergo a three-day training on sustainable organic farming, which will be conducted by a partner agency of his office.

He said the training aimed to boost the farm produce of IPs through organic farming. (SunStar Zamboanga)