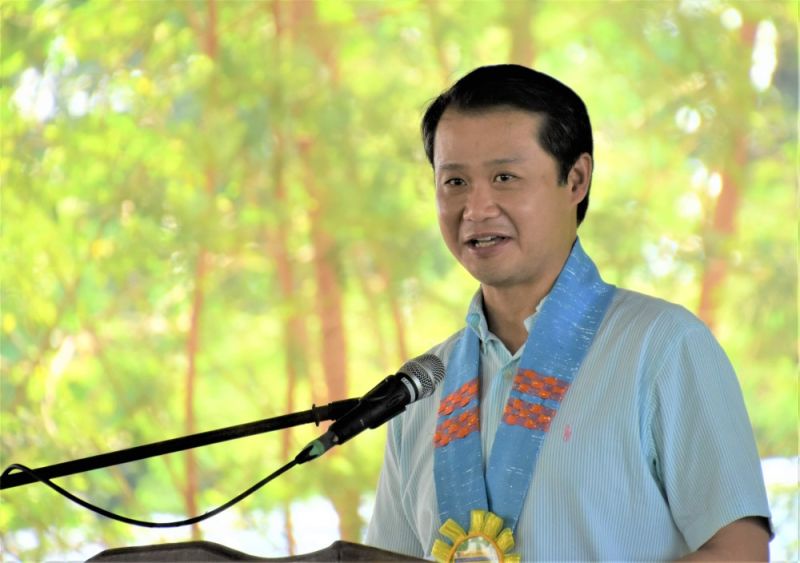 A SENATOR said he is open to short-term importation of pork as a measure to address the problems on price and supply of the product in the country.

Senator Sherwin Gatchalian, on the sidelines of the groundbreaking for the construction of CPSU Extension Campus in Barangay Bagumbayan in Valladolid town Saturday, February 28, 2021, said the price of pork is now an issue.

Gatchian said price could have not been an issue now since the country knew earlier that there is African Swine Fever (ASF).

"We should have anticipated that we will have an issue in the supply. But, it happened already," he said, adding that that short-term importation could be an option.

The tight supply of pork products especially in Luzon due to ASF outbreaks had resulted in a significant increase in the prices, to as high as over P400 per kilogram among markets in the National Capital Region (NCR).

Gatchalian said short-term importation means that while there is a lack of supply, the Philippines can import pork products from other countries.

"As soon as we already have enough local supply or as soon as the issue in supply has been addressed then let us prohibit the importation of the commodity," he stressed.

For the senator, another measure now is to bring the supply to areas where pork products are deficit.

He said that Zamboanga, for instance, where the supply of pigs is not an issue, can bring supply to other parts of the country.

The Department of Agriculture in Western Visayas has been working on helping the country revive its hog industry and reduce pork prices by shipping out supply of the commodity from the region.

Its regional director Remelyn Recoter earlier said the shipment is part of the "Whole of Nation" measures to revive the hog industry and reduce pork prices.

"This is also part of the supply chain, mobilizing stocks from surplus areas aside from the transport support and price ceiling," she added.

The region, including Negros Occidental, remains to be free from the dreaded disease affecting swine.