CPSU extension campus soon to rise in Valladolid: Dreams are made for real 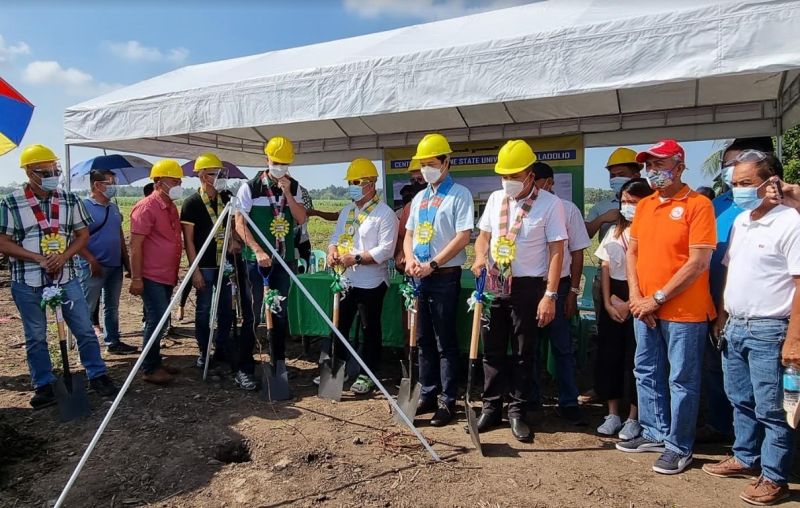 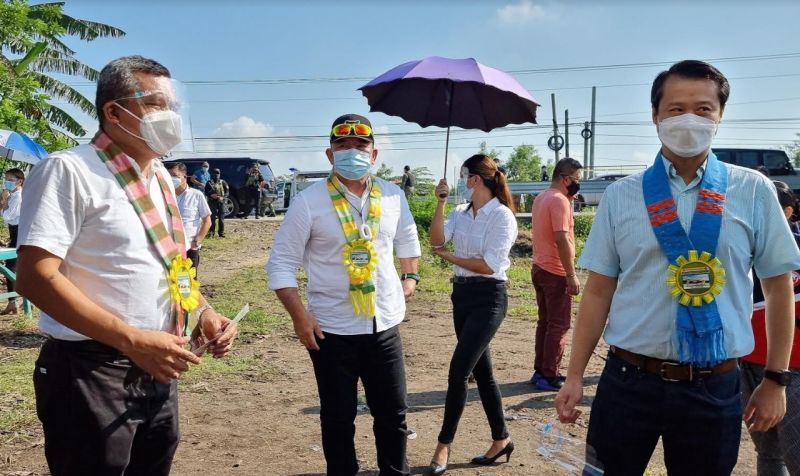 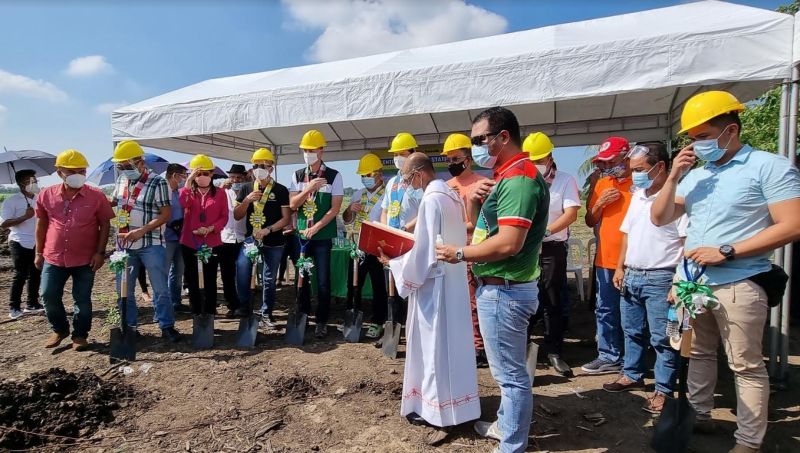 VALLADOLID. During the blessing. (Photo by Carla N. Cañet) 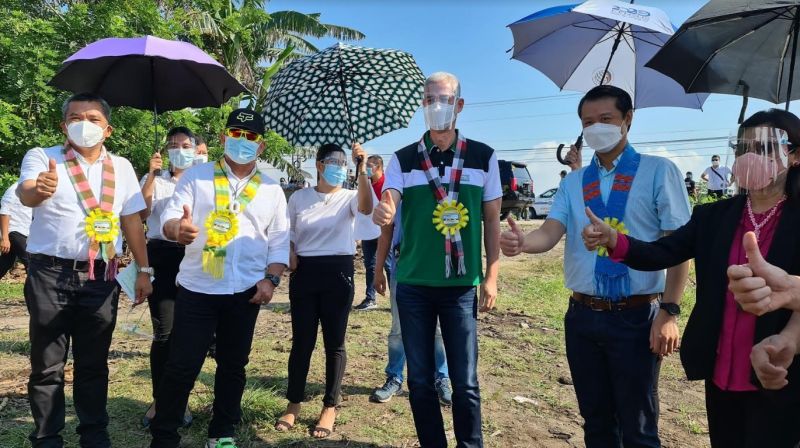 SUCCESS commences with a dream. But mere dreaming without action is nothing.

A biblical verse states that "faith without work is dead. " - [James 2:26] and so with dreams.

The Central Philippine State University (CPSU) through the leadership of Dr. Aladino Moraca began to dream of expanding the reach of its educational system to the towns of Valladolid and Murcia.

That dream did not remain as a dream as the proponent labored for its fulfillment. Its realization will soon be achieved by God's grace.

On Friday, February 27, the realization of that dream came to fruition with the groundbreaking of the 20,000 square meters donated the property to CPSU which was realized upon the request of Mayor Enrique "Bebot" Miravalles from the property donor.

Senator Win Gatchalian who chairs the Senate Committee on Education graced the groundbreaking rites attended by Governor Eugenio Jose Lacson and other officials and also by CPSU officials led by Dr. Moraca.

The extension campus is estimated to cost P8 million through collaborative efforts of CPSU and the Local Government of Valladolid, which is being eyed to obtain completion by the middle of the year.

But since the operation of an extension school needs proper clearances from concerned government agencies like Commission on Higher Education, CPSU opted to initiate the holding of "extension classes."

There will be two programs that will be offered in the new extension campus, namely, Agriculture and Business and Information Technology courses as they cannot proceed immediately to board-oriented courses because they need to comply first with the requirements imposed by Commission on Higher Education as far as operating an extension campus is a concern. They are projecting that after three years from February 27, it will be made a full-fledged extension school, Dr. Moraca said.

They also viewed this undertaking as a good take-off to reach out to other young people for them to gain access to education, he added.

This will allow poor but deserving students to study with the help of the local government unit, Technical Education and Skills Development Authority, and CPSU.

They are hoping that this partnership will reap productive results in the future.

Meanwhile, Sen. Gatchalian, Governor Lacson, and several provincial officials wished the proponents well in their pursuit of this worthy undertaking which will lead to the education of the young generation.

Senator Gatchalian also committed to assist the LGU of Valladolid and CPSU in realizing this undertaking.

He will give priority to this project in the good name of education.