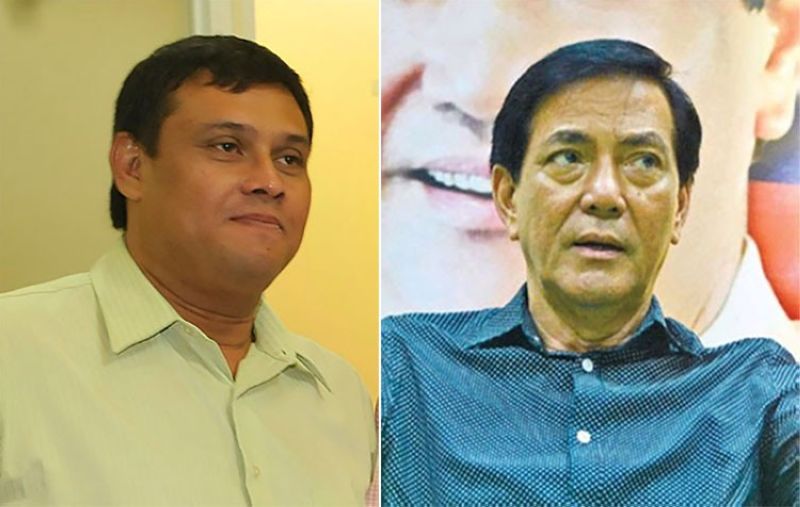 In a one-page, three-paragraph letter to Vice Mayor Michael Rama as Barug president dated March 1, 2021, Daluz said his resignation was "most appropriate" as he was "resolved to pursue the political party espoused by" his late mother, Partido Panaghiusa.

Copies of the letter were furnished to Mayor Edgardo Labella and members of the City Council. A councilor confirmed Monday, March 1, to Bzzzzz having received the letter but withheld further comment until the Barug member could talk with colleagues in the party. Barug controls the Sanggunian.

Then councilor Daluz returned to the City Council on March 19, 2019 after serving a six-month suspension slapped by the Ombudsman in September 2018 for allegedly failing to explain a sudden increase in his personal assets from 2006 to 2007. His case was still pending.

Daluz chose not to join the Barug slate for councilors in 2019 and instead signed up as campaign manager. Mayor Labella appointed him to the Metropolitan Cebu Water District (MCWD) and Daluz took his oath on February 15, 2020 with two others as members of the water district's board of directors, which subsequently elected him chairman.

His mother, Nenita Cortes Daluz, was "a radio personality, street parliamentarian and opposition icon in 1980s" (as described by Daluz himself in 2014). She headed several bodies at City Hall in 2014, including the Local School Board and the Reduction of Danger Zones project, She was one of then mayor Rama's "most trusted lieutenants."

Inday Nita was the lone opposition candidate of Panaghiusa for the Batasang Pambansa elections of 2008 and won. After the 1986 Edsa Revolution, she served as deputy minister at the Ministry of Local Government. She ran against Ramonito Durano III in the fifth district in 1987 but lost. She died in August 2007 at the age of 69.

[1] THE NAME. When the mayor asked Atty. Oaminal "who I was referring to (re: Cebu City Kurakot Gang)," he gave Labella a name. Oaminal did not disclose the name in his recent public post.

[2] 'HOUSEKEEPING,' LOYALTY. Oaminal, who writes law books and newspaper columns said, along with his new disclosure, "the uncontested truth is that Cebu City needs proper housekeeping" and Cebuanos "must be reminded that our loyalty must first be to the city and not to its officials, who just come and go." Loyalty must be "principle-centered" and not "personality-centered."

Earlier, Oaminal said both Mayor Labella and VM Rama "fully agree" on "proper housekeeping," which necessarily includes accounting of funds being spent on Covid-19 response. The City Council has been pushing for the liquidation of pandemic funds, initially one billion pesos but later ballooned to P3.5 billion. Oaminal's first disclosure didn't say anything about the Kurakot gang being discussed between him and the mayor and, separately, the vice mayor.

QUESTIONS THE MAYOR ASKED. Atty. Oaminal, a Cebu City 2015 Charter Day awardee for his advocacy against crime and corruption, still has to reveal more than his repetitive mention of the "Cebu City Kurakot Gang" in Facebook posts.

And what was Labella's response, what were Labella's questions after Oaminal gave the one name?

Did the mayor ask for other names, since one person does not constitute a gang?

Who are the other members of the gang who logically must include some of Labella's own trusted people?

Did the mayor ask for some evidence from Oaminal, the basis for his constant nagging about the CCK Gang?

Was Labella convinced there is such a gang of thieves right in the seat of power of the City Government and would do more than "investigate"?

The mayor, being the chief executive of the local government that Oaminal alleges is being infested with corruption and being a lawyer, must have peppered Oaminal with questions.

Must we wait for another installment of Atty. Oaminal's revelations?

The team Lawyer Protection Program, headed by Cecilia "Jugce" Adlawan and Russel Randall Gocuan, lost to the team led by Cheryl Condat and Michael Hubahib in the IBP Cebu (province) elections. (The count took two days: from Saturday till the wee hours of Sunday morning, stopped, then resumed 2 p.m. up to 6 p.m.).

First, so much for the Integrated Bar of the Philippines (IBP) prohibition on forming teams for the Saturday, February 27 polls. And they know about, officers and members alike. Even in this year's Cebu City IBP elections, where there was no contest, a group had to be formed to fill the uncontested seats.

In the IBP province, the LPP team, #ProtectOurLawyers, said they were promoting the program to protect the lawyers, which team member Vincent Isles said has become "imperative" with the rash of shootings that killed or wounded their colleagues. They were not promoting their candidacy, he told SunStar before the election.

(One remembers the "incidental benefit" rule on separation of church and state. If the benefit to the church is not the central purpose of government spending, that benefit won't make the appropriation a violation of the principle. The LPP team's main purpose was to protect lawyers. Had it helped the team members' election, that would've been just incidental.)

LAWYERS FIRST. The unopposed group that won the Cebu City IBP election was, or could be named, Lawyers First, from the theme picked by standard bearer Michelle Palmares with her VP, Rosendo Emilio Hernaez III. Palmares will replace on April 1 Regal Oliva who also ran unopposed in 2019, as Elaine Bathan did in 2013, Hidelito Pascual in 2015 and Jose Glenn Capanas in 2017.

Each outgoing board in Cebu City IBP must have prepared for the unopposed election by getting a consensus before the balloting. Still, a team still has to be formed for the persons that will fill the seats come every other April 1.

Palmares said a security program for lawyers is one of her priorities. That would include "situational awareness, threat management and self-defense," she said.

Palmares and IBP province's Cheryl Condat may even lead a joint initiative to make the protection program a bi-chapter enterprise, institutionalizing and improving it as the IBP changes leaders every two years.