Duterte-Carpio thanks supporters who urge her to run for president 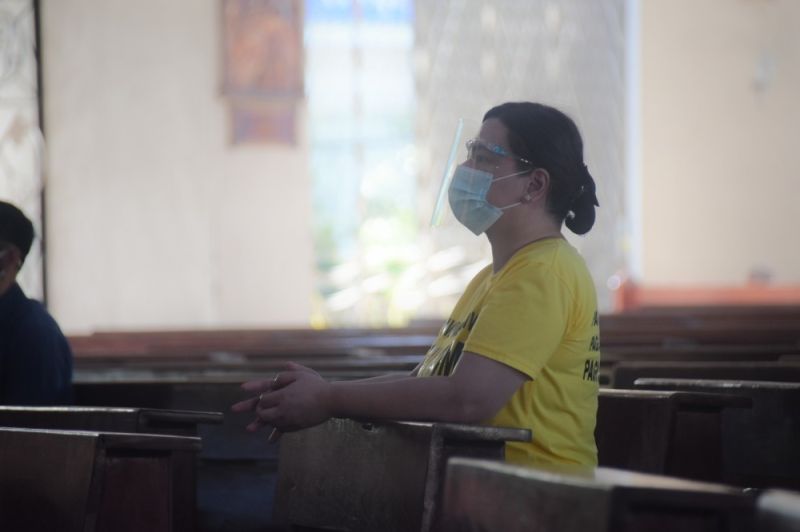 DAVAO City Mayor Sara Duterte-Carpio expressed gratitude to those who are calling on her to run for presidency in the 2022 elections, but she did not mention any final plans for the upcoming elections.

"Once again, I am grateful to all my friends who believe in me and who relentlessly expressed their call for me to run as president," Duterte-Carpio said in a video message forwarded to the media by the Davao City Information Office on Monday, March 1.

Duterte-Carpio added, "The unity and strength that you have shown gave me comfort knowing that I have friends like you."

"Hindi na po kailangan ulit-ulitin natin ang panawagan sa mga tarpaulin at motorcade dahil naririnig ko po kayo at naiintindihan ko ang nasa puso ninyo. Dahil ako man ay may ganoon din na nararamdaman (There is no need for you to reiterate your calls through tarpaulins and motorcades because I heard your calls and I understand what is in your hearts right now. Even I have the same feeling), and because we all agree that we shall be the change we want to see in the world, let us show the world how it is appropriately done," she said.

The mayor instead encouraged her supporters to use their resources in helping those who are in need, especially those "who are short on money, and hungry, and create jobs for those who lost their livelihood."

"I believe that even if we will not run for President, in our show of strength and unity, we are able to uplift many Filipino families in need," Duterte-Carpio added.

The mayor had been shutting down rumors of her bid to run for the 2022 presidential elections despite her increasing number of supporters, not only in Davao City and Davao Region, but also in some parts of the country.

She told organizers to better save the fuel of their vehicles for some other essential purposes because she is firm in her decision not to run in the upcoming elections.

The mayor also ordered the removal of tarpaulins, posters, and billboards with the text "Run, Sara, Run," mounted by her supporters in some parts of the city.

The mayor was also leading in various surveys from different polling bodies for 2022. In response, she asked her name to not be included in future surveys on probable candidates for president.

Duterte-Carpio said in a recent interview that she is currently focused on addressing the Covid-19 situation in the city.

President Rodrigo Duterte is also firm in his stance of not wanting his daughter to run for presidency.

The President, in a press conference on Sunday evening, February 28, said that his daughter does not want to run because she will be focusing on her family.

The President also revealed that during talks with his daughter, she told him that she still has time to think about it.

"But ang sabi niya sa akin, marami pa naman panahon and she used my favorite statement. Ang sabi niya: 'Kung gusto ng Diyos maging presidente rin ako kagaya sa iyo, maging president ako. Hindi kailangan ngayon' (She told me that there is still time to think about it. She told me 'If the Lord wants me to become a president like you, I will be the president. But now is not the time')," Duterte said.