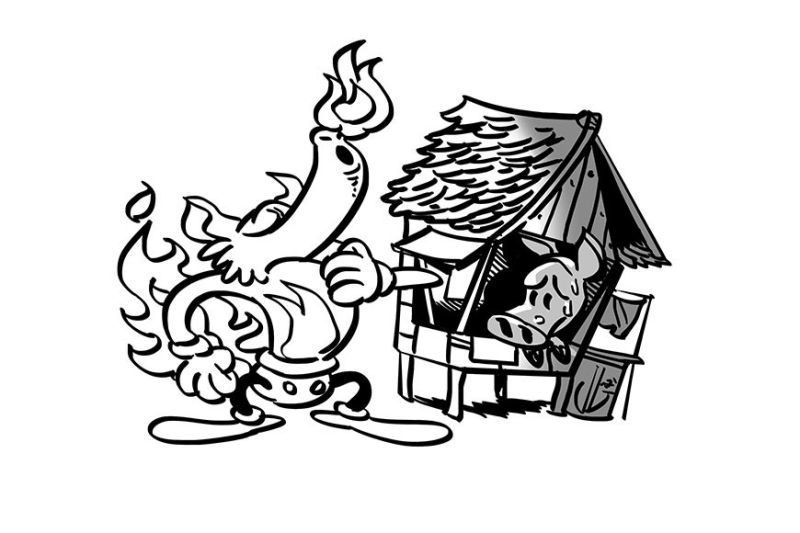 In case the explanation didn’t reach you, we highlight March as Fire Prevention Month because it’s this time of year when our part of the world is at its hottest. Past that tip, it now makes sense to you why our firefighters blared loud in the streets—balloons, tarps and all—Monday, March 1, to launch its information campaign on anything about fire.

The Bureau of Fire Protection believes public awareness is key to fire prevention. Much of the efforts, as always, have been poured into educating the public. The agency published on various platforms practical tips for households to prevent fire, fire drills, safety during fire, aftermath protocols. It has been a yearly tradition.

For instance, simple tips like never leaving an electrical cord under a carpet or making sure batteries in smoke alarms are regularly checked. “Keep space heaters on a level surface,” one of the tips says, “on a level surface from fabric and other flammable items.” The BFP also highlights the Red Cross safety practices in cases of fire. Take this one: “If smoke, heat or flames block your exit routes, stay in the room with doors closed. Place a wet towel under the door and call the fire department. Open a window and wave a brightly colored cloth or flashlight to signal for help.”

These are all very helpful tips. Well and good, yes. Except that for the large part, the overall message seems to mean that the responsibility of fire prevention rests in respective households. On citizens, solely.

Year in and year out, there’s a cyclic fire scenario that is all too familiar. Most fire incidents happen in low-income areas, where houses are readily combustible, where the communities can hardly cope with the aftermath without government assistance. Almost always, we see the routine of creating temporary shelters, release of calamity funds, relocation or re-blocking of areas. Government funds have been poured on the calamity scenario.

This month should be high time we get down to the figures. Which areas in Metro Cebu in the last 10 years have been hit by fire? Are they mostly depressed areas? What are the common causes? A cursory look is a match between a low-income house and faulty electrical wiring. The math tells you that poor households may be unable to install proper electrical wiring or fix old domestic power lines. The combustible housing materials are easy fodder for fire.

These things can be known and may be studied by government. You can’t solve poverty overnight; you may as well pour funds meantime to install mechanisms for fire protection in urban poor communities. Just how many fire hydrants are functioning in Metro Cebu and do our poor barangays have them?

The magnitude of post-fire damage in depressed neighborhoods eats up government funds when the latter could have been invested on prevention or on quick firefighting capacities in inner cities.

A shift in priority probably makes sense—fighting fire all year round by way of getting into more realistic, concrete and wider efforts on prevention.