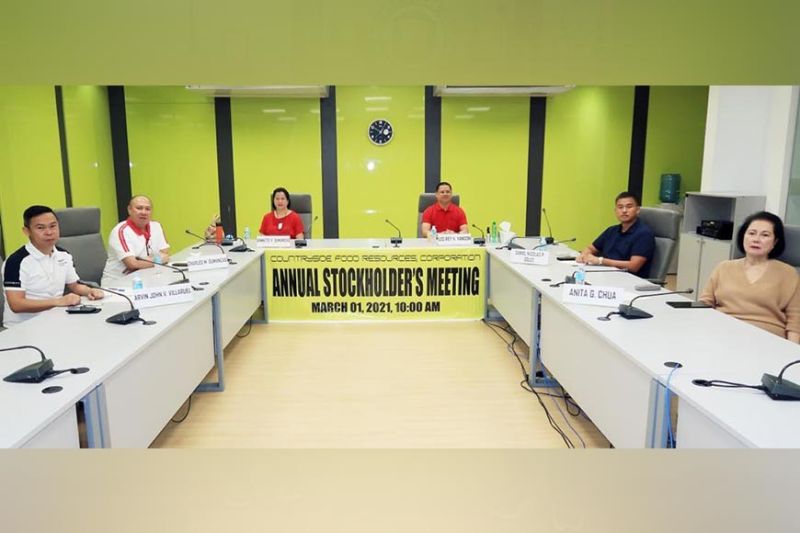 NEGROS. The Board of Directors of the Countryside Food Resources Corporation holds its annual stockholders meeting at its principal office in Barangay Mansilingan in Bacolod City Monday, March 1, 2021. (Contributed Photo)

The board then held an organizational meeting where LRY was re-appointed as chairman of the Board and president of CFRC.

OVY, meanwhile, was re-appointed as CFRC's corporate secretary and treasurer.

The chairman and president assured that despite the challenges it faced since 2020, the Yanson Group of Bus Companies remains committed to providing the riding public with the most reliable means of public transportation for all, it added.