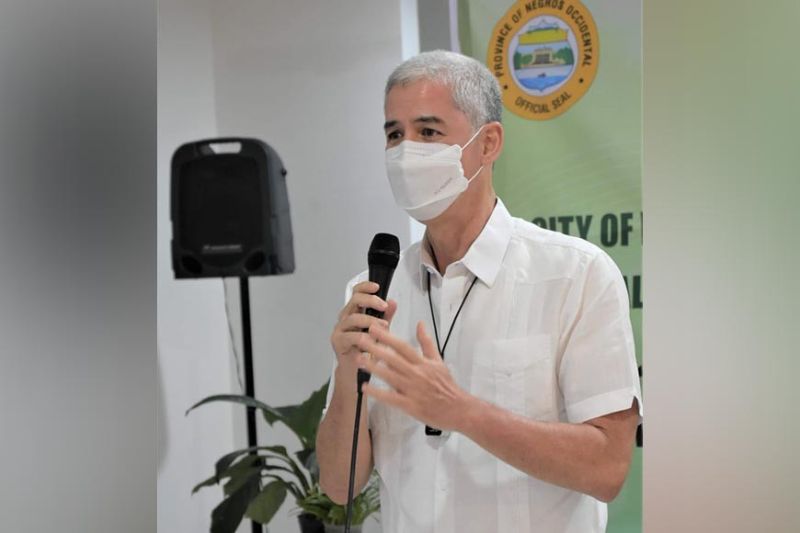 NEGROS. Negros Occidental Governor Eugenio Jose Lacson delivers his message of optimism during the MOA signing with the local governments of Escalante and Calatrava for the use, operation, and management of V. Gatuslao District Hospital and Calatrava Municipal Hospital. (Richard Malihan photo)

NEGROS Occidental Governor Eugenio Jose Lacson has signed a memorandum of agreement (MOA) with the local governments of Escalante and Calatrava for the use, operation, and management of V. Gatuslao District Hospital and Calatrava Municipal Hospital.

During an interview with members of the media Monday morning, March 1, Lacson said he held a meeting with Escalante City Mayor Melecio Yap Jr. and Calatrava town Mayor Marilyn Era and both of them have signified their preparedness in handling their respective district hospitals.

"Both of them admitted that it would be a challenge, but they are up to the task of handling the hospitals," Lacson said.

Even though the two hospitals are now run by their respective LGUs, Lacson said the Provincial Government will still continue providing support in the next couple of years until gradually be free of any subsidy from the province.

Lacson also said some of the hospital personnel in Escalante City and Calatrava have opted to continue working for the Provincial Government. Hence, he has allowed them to be transferred to other hospitals in the province which are still run by the provincial government.

The Escalante and Calatrava LGUs will be allowed to hire and assign their own personnel in their respective district hospitals.