‘The Watch of Mactan’ picked as design for Lapu monument 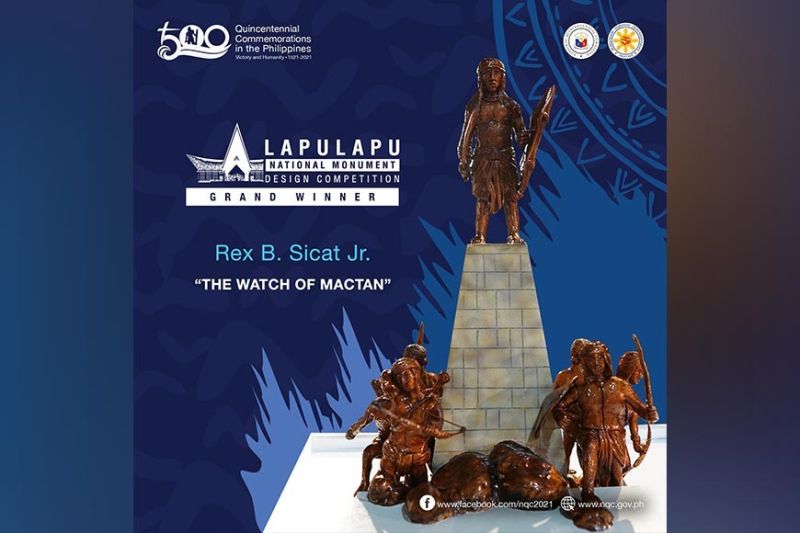 The front of “The Watch of Mactan,” the grand prize winner in the Lapulapu National Monument Design Competition, by Rex B. Sicat Jr. 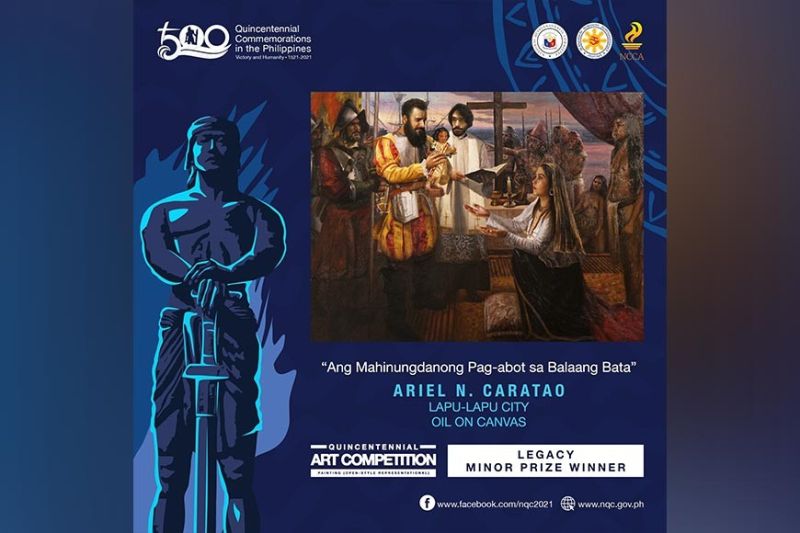 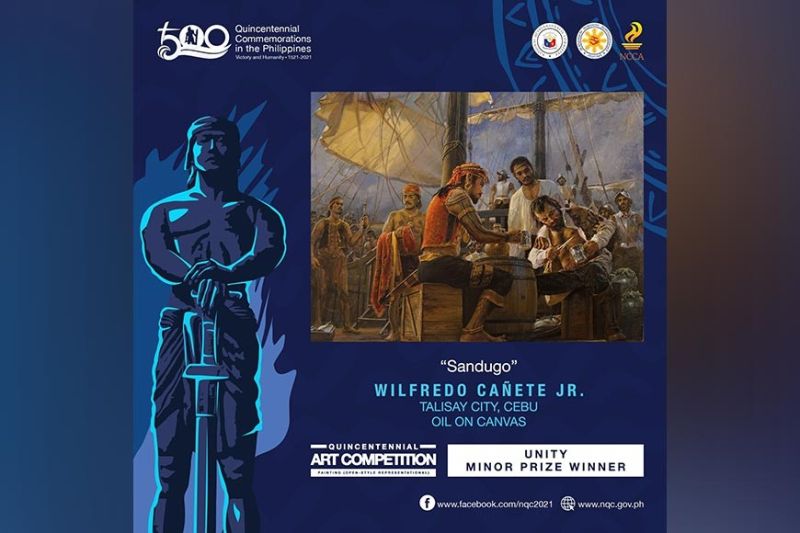 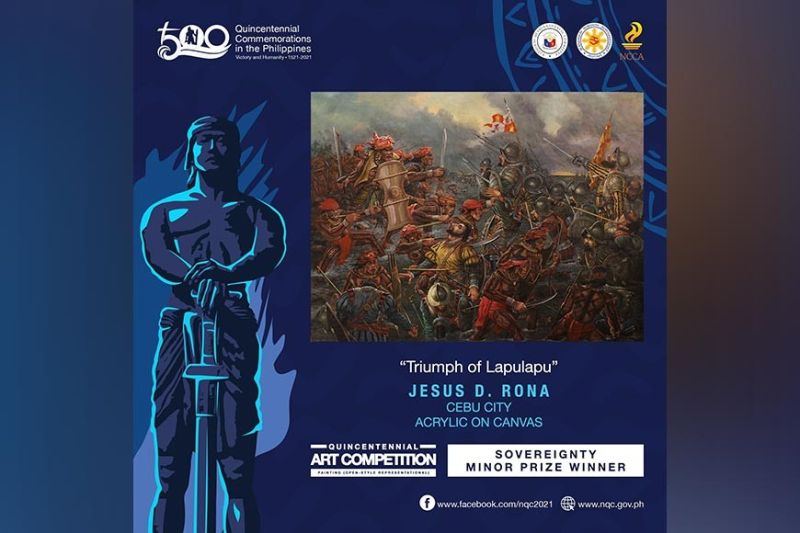 “Triumph of Lapulapu” by Jesus D. Rona of Cebu City 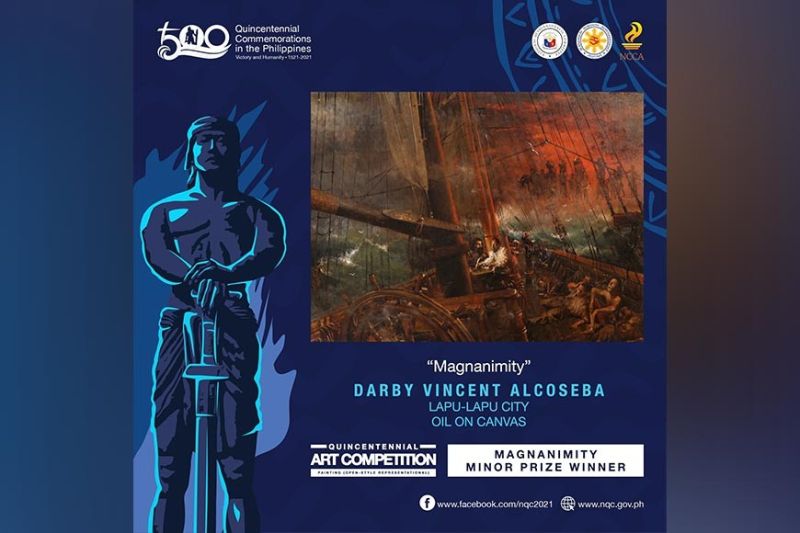 THE National Quincentennial Committee (NQC) has announced the grand prize winner of the Lapulapu National Monument Design Competition to be an architect of the Tarlac-based Sicat Design Services.

Rex B. Sicat Jr., 26, principal architect of Sicat Design Services, will receive P300,000, a certificate of recognition, and other commemorative items from the NQC and the National Historical Commission of the Philippines (NHCP).

The HQC said Sicat’s work “is envisioned to serve as basis for the Lapulapu National Monument,” which will be enshrined at the proposed Lapulapu Memorial Shrine and Museum in Mactan, Lapu-Lapu City.

In the painting category, four Cebu-based artists won four of the eight minor prizes in the four themes. Each theme had a grand prize and two minor prizes.

Grand Prize Winner: Bernardo A. Maac of Balayan, Batangas for “Presentation of the Idol”

All winners in the Quincentennial Art Competition get a cash prize, a certificate of recognition and NQC and NHCP commemorative items. Their work will be put up at the proposed Lapulapu Memorial Shrine and Museum.

The NQC, together with the NHCP, National Commission for Culture and the Arts’ National Committee on Art Galleries, and the National Museum of the Philippines, spearheaded the Quincentennial Art Competition.

The NQC received 434 entries from across the country since it launched the contest in 2020. It announced the winners on Feb. 26, 2021.

‘The Watch of Mactan’

On its Facebook page, Sicat Design Services explained in its Feb. 27, 2021 post the design concept of “The Watch of Mactan.”

The proposed monument depicts the pre-battle imposing stance, preparing for the explorer’s arrival.

1. The Setting: The battle happened on the rocky white shores of Mactan. A reminder of the death bed of Ferdinand Magellan and a victory site of Lapulapu’s people.

2. The Sentry: According to the writings of Antonio Pigafetta, warriors are assembled and expecting Magellan’s arrival. Lapulapu as a sentry of his domain standing on top of the pedestal; the trapezoidal pedestal symbolizes the territory he protects.

3. The Mangatang: Those who lie in wait—warriors are on Mangatang position as if they expect someone to challenge their defense. Mactan’s name is believed to have evolved from the Visayan word Mangatang, a strategy-like attitude of raiders who lie in wait. Three warriors on each side of the monument represent the three divisions of more than 1,500 assembled troopers of Lapulapu.

4. The Community: In commemoration, a mother and child inside the Balay as the natives. Mother kissing her child as if she is assuring their safety, and expressing to her son that they are under Lapulapu’s protection: an image conveying assurance and safety when the public approach Lapulapu’s shrine; the livestock signifies the self-sustaining community and abundant resource.

5. The Art & Culture: The ladder or zigzag pattern represents achievements outlining the Balay, and at the pinnacle a typical Kalaw (hornbill) carved roof beam projection recognized as spiritual symbol: a guide to the afterlife.

Elements of the monument

a. Hierarchy—Lapulapu as the chieftain, the ruling person and icon, should be on the uppermost. Below are the Timawa, Horoan, and Bihag.

b. Balance—an equipoise of features; elements are present on both sides, as represented by three warriors on each side.

c. Proportion and scale—based on the existing monuments of Rizal and Bonifacio, the height of sculptures is more or less two times the height of an average person. This scale will be used as an expression of monumental grandeur. (MPS)
< Previous PageNext Page >