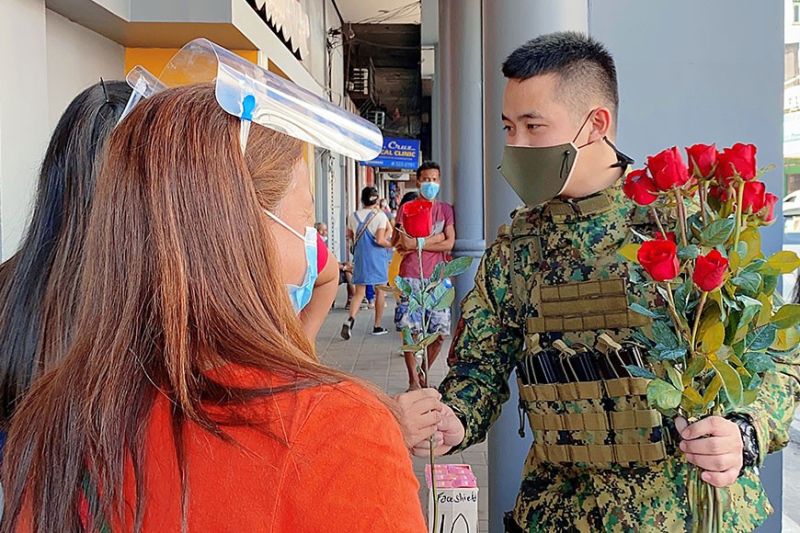 MEMBERS of the City Mobile Force Company (CMFC) surprised Angeleñas ahead of the Women's Month Celebration this March.

The "Gwapulis" were also wearing the signature U-Masks of Casa Moda by Mich Viray.

Flower recipients were surprised and delighted as they took selfies with the handsome policemen.

"The CMFC gave away flowers and chocolates to local women on February 14 to enhance community engagement through the traditional celebration of Valentine's Day," Clark said.

Their activity was a hit on social media, with others leaving comments that they wish to receive flowers from the "Gwapulis" group, as well.

Clark is the first ever woman commander of the CMFC of the Angeles City Police Office.

With these activities, Clark said, "We want to change the notion of the community to our police officers, and spread good vibes to the community."

The CMFC is set to hold a caravan in celebration of Women's Month on March 12 in Barangay Amsic.