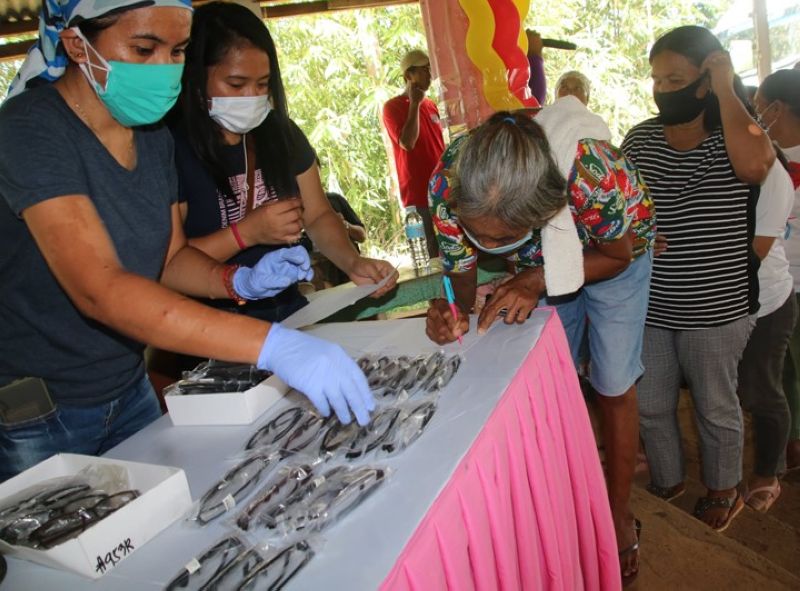 ZAMBOANGA. The 53rd Infantry Battalion, in partnership with the Municipal Government of Kumalarang, Zamboanga del Sur and other stakeholders, holds a two-day medical mission that benefited militiamen and their families. A photo handout shows the beneficiaries were given free eyeglasses during the medical mission. (SunStar Zamboanga)

Lieutenant Colonel Jo-ar Herrera, 53IB commander, said the medical mission held from February 27 to 28 in Bualan and Kitaang Dagat villages in Kumalarang was part of his command's "Adopt a Cafgu Project."

The "Adopt a Cafgu Project" is an initiative undertaken by the 53IB and launched on December 17, 2020 to provide necessary assistance, knowledge, and a structured pathway to all CAAs in the area of responsibilities for them to achieve personal and professional growth.

"The project aims to address the issues and concerns of the CAA units and encourage government sectors to conduct interventions that can be offered to them," Herrera said.

He said the beneficiaries of the medical mission were provided with eyeglasses, dental check-up, free haircuts, manicure, pedicure, massage, and medical check-ups.

A bloodletting and circumcision was also held, as well as gift-giving for kids.