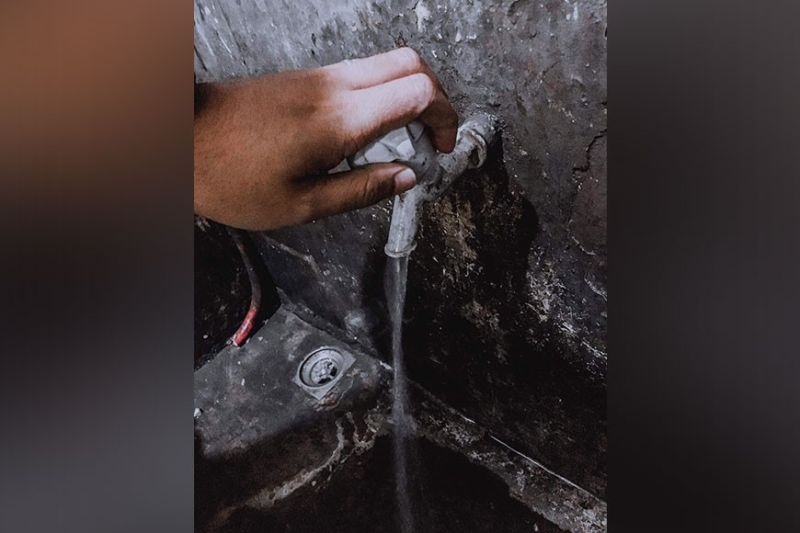 A LOCAL group advocating for the protection of the rights of Bacolod City Water District (Baciwa) consumers has expressed alarm over the alleged resurgence of perennial water woes like turbid and inadequate water supply.

Water Watch Advocate, in a statement, said other problems included lack of pressure that limits water supply like a drop in the bucket.

Its secretary general Wennie Sancho said consumers cannot save water at night because there's no water at all.

"We are again hounded by the same problems that Prime Water promised to solve when it tied the knot with Baciwa in the so-called joint venture," he said, adding that majority of water consumers in the Barangay Granada area, particularly in Purok Patricia Homes, are experiencing "very limited" water supply.

The group is asking Prime Water "what is going on? Are we going back to square one when Baciwa was the subject of public scrutiny and criticism because of its dismal and inefficient water services?"

Sancho said Prime Water informed the consumers that there are "repairs and maintenance" going on in the area.

"We commend Prime Water for their immediate response. But we would appreciate it more if you can normalize our water supply in Patricia Homes," he added.

Water Watch Advocate would like to suggest that rehabilitation works should be done at a time when water supply is not in demand.

The group said this inconvenience had been going on for more than a week.

"We appeal to Prime Water to address this problem otherwise people would think that your joint venture with Baciwa might become a misadventure," it added.

Sancho added that some observers believed that the joint venture between Prime Water and Baciwa was merely a subterfuge for privatization under a purported business implication that private water companies can do it better in terms of water supply and services.

That remains to be seen, he said.