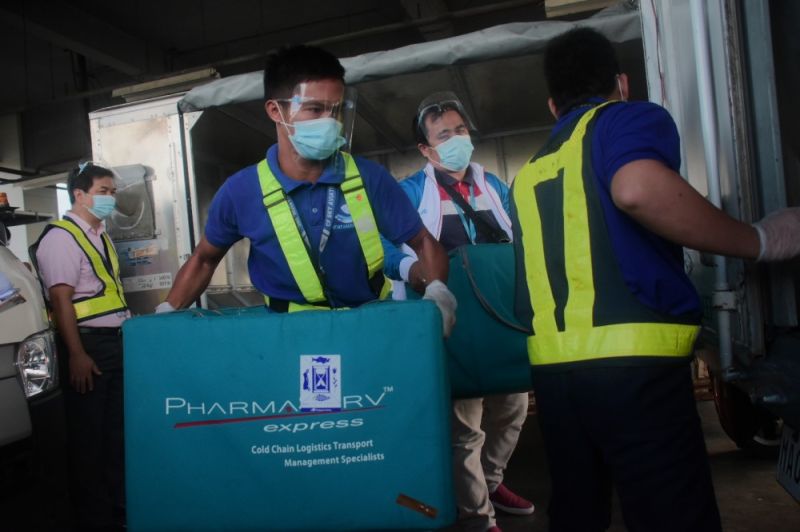 THE vaccination in Davao City is set to begin on Friday, March 5, after the arrival of 12,000 doses of Covid-19 vaccine from Sinovac Biotech Ltd on Tuesday morning, March 2.

The vaccines were immediately transported to the Department of Health Davao Center for Health Development (DOH-DCHD).

The arrival of Covid-19 vaccines in Davao City was just two days after 600,000 doses of Sinovac's CoronaVac vaccines were received by the Philippines on Sunday, February 28.

The vaccines arrived earlier than expected. Vaccine czar Secretary Carlito Galvez Jr. said on Monday, March 1, that vaccines were expected to be transported to Davao City on March 5 and 6.

DOH-Davao Director Anabelle Yumang said in an ambush interview that the rollout will be conducted for a week and 8,000 healthcare workers (HCWs) will be prioritized in the vaccine rollout.

Yumang said hospital workers at the Southern Philippines Medical Center (SPMC), Davao Regional Medical Center (DRMC), and some Level 3 private hospitals will be inoculated with the vaccine. Each individual will receive two doses, which has an interval of 28 days.

She said they are still waiting for additional 4,000 doses to cover the eligible individuals.

Meanwhile, Yumang encouraged health workers to sign up and receive the vaccine.

(Let us work on protecting ourselves from the disease. This is what we have been waiting for. We are working hard to encourage our health workers to get vaccinated)," she said.

SPMC officer-in-charge Dr. Ricardo Audan told media prior to the arrival of the vaccines that majority of its workers are willing to get the CoronaVac vaccine.

"Very positive. Daghan kaayong frontliners ang magpa-inject (Many of our frontliners are willing to be injected [with the vaccine])," Audan said.

Based on a survey the hospital management conducted on March 1, around 72 to 75-percent of the 5,900 total workers are receptive to the vaccine.

But he said not all workers were able to participate in the survey.

Audan said he is willing to be administered the vaccine to encourage its workers to get the vaccine.

"Nag-volunteer ko (I decided to volunteer) because I have to be a role model. I have to show to the people sa (in) SPMC na (that it’s) safe... any vaccine intended for Covid[-19] is safe," the SPMC head said.

To ensure that SPMC's operation will not be affected, Audan said they will be limiting it to 150 employees, including doctors, nurses, and lab aides, on the first day.

He said they are going to conduct their final simulation exercise on Wednesday, March 3, before vaccination kicks off on March 5.