City may decide not to use churches as vaccination hubs 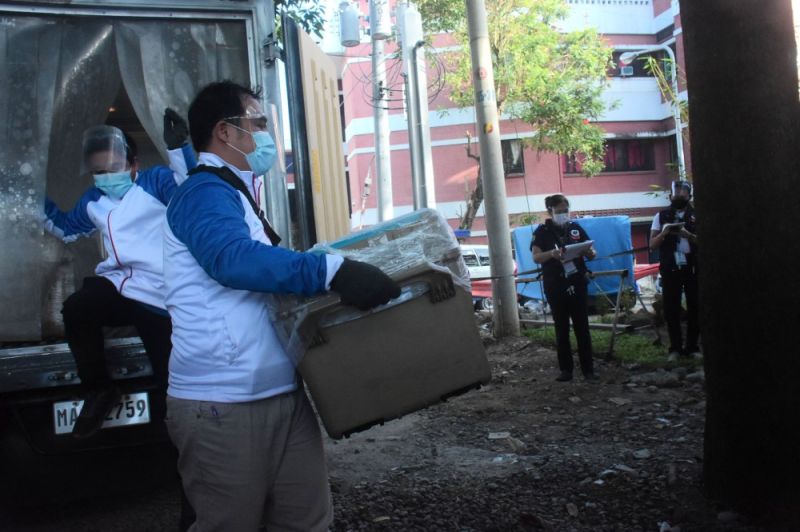 A DAVAO City health official said they might not be utilizing churches as vaccination hubs in the city.

"Ang ingon man gud ni Mayor [Sara], mas prefer ta og eskwelahan tungod naa siya'y gym para sa atong wait listing, ug sa screening. Ug naa pud tay classroom (Mayor Sara told us that schools are preferable because they have gyms that we can use as areas for those on the waiting listing and for screening area)," he said.

Lopez said there are some religious groups that offered to convert their church facilities to vaccination sites, but he said they are not considering it for now. While he did not mention what group was this, it can be recalled that Duterte-Carpio said in a previous interview that the Archdiocese of Davao offered to the government to use its churches as vaccination sites.

The health official said they prefer schools as vaccination sites because they have different rooms and sections, where the registration, counseling, health screening, and vaccination proper.

"We need a lot of sections, that is why ideal gyud ang eskwelahan tungod naa sila'y classroom nga pwede ma-utilize (schools are ideal because they have classrooms that we can utilize)," Lopez said.

He said the City Government tapped several universities and schools as major vaccination hubs in the city due to the need for a more spacious vaccination site.

Lopez, in a recent interview, named Mabini Elementary School, Ateneo de Davao University (Addu), University of the Immaculate Concepcion (UIC), University of Mindanao (UM), and University of Southeastern Philippines (Usep) as among the schools they are eyeing to designate as vaccination hubs.

As of writing Tuesday, March 2, UM, Addu, and Usep already confirmed the management's approval of the city's request, but he said they are still finalizing the partnership.

The health official said they are still looking for other potential vaccination sites to be able to cater to more Dabawenyos.

Lopez said all district health centers in the city are required to designate one vaccination site. As of now, he said there are an estimated 10 out of 18 centers designated by district centers.

Following the arrival of 12,000 Sinovac Covid-19 vaccines from the national government, the first vaccine rollout will start on Friday, March 5.

As of Tuesday, only AstraZeneca has committed to deliver 30,000 doses of Covid-19 vaccine to the city but this is expected to arrive in the third quarter this year.