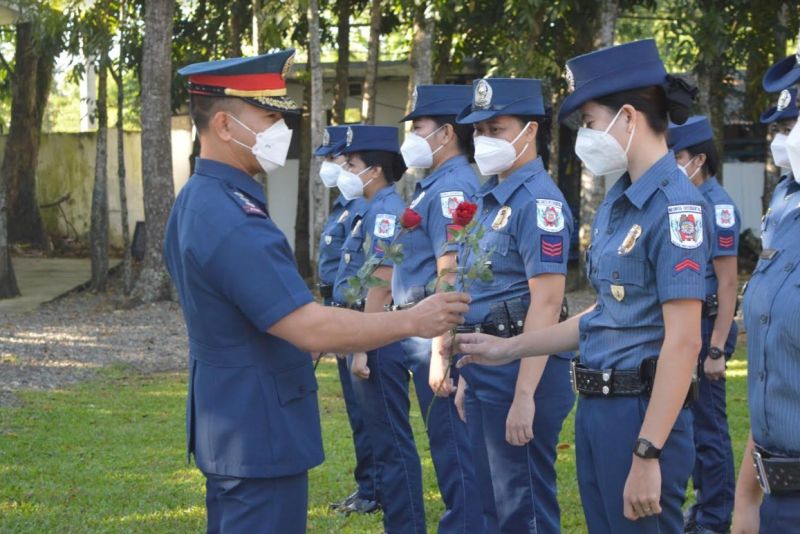 THE Negros Occidental Police Provincial Office (Nocppo) held a kick-off ceremony for the National Women's Month during the flag raising and awarding ceremony at the Camp Alfredo M. Montelibano Sr. in Bacolod City on Monday, March 1.

The activity was themed "We Make Change Work for Women."

Lawyer Andrea Lizares-Si, chairperson of the Provincial Council for Women and president of Negros Occidental Girl Scout Council, was the guest of honor.

After the ceremony, Nocppo Provincial Director Police Colonel Palgue led the policemen in giving roses to policewomen and female non-uniformed personnel as a gesture of appreciation for the contribution of women in the Philippine National Police. (PR)