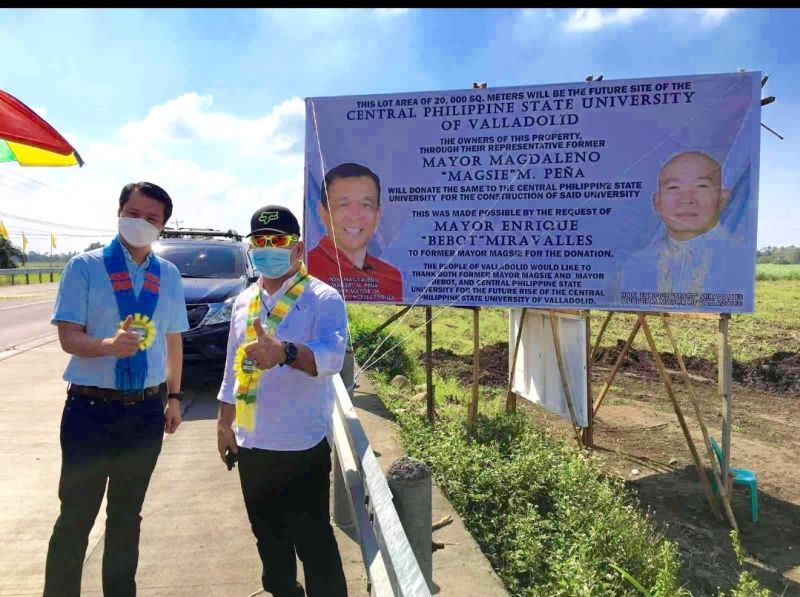 BECAUSE he believes that it is for a good cause and he also wants to help the students of Valladolid and all other students coming from nearby towns and cities, former mayor Magdaleno Peña donated the two-hectare lot as school site for the Central Philippine State University-Campus located in Bagumbayan, Valladolid.

The donation was made possible when Valladolid Mayor Enrique "Bebot" Miravalles approached former Mayor Magsie if his family can donate a portion of their lot along the highway, which is a good site for the construction of Central Philippines State University-Valladolid Campus, a press release from Peña's office stated.

Peña, the administrator of his late grandmother Soledad Oppen Montilla and his uncle Candido Oppen Montilla, their estate being the owner of the lot, donated the said property especially that Miravalles is also his close friend.

In his speech, Gatchalian acknowledged the donor of the property and recognized Peña as a friend since they would always meet at the house of former President Erap Estrada.