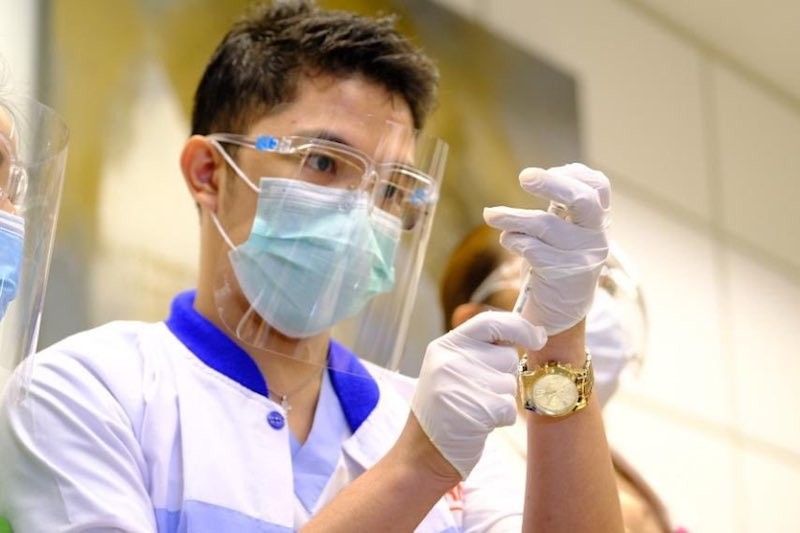 MANILA. A healthcare worker at the St. Luke’s Medical Center prepares a dose of the Sinovac vaccine against coronavirus disease 2019 (Covid-19) on March 3, 2021. (Contributed / NTF Against Covid-19) 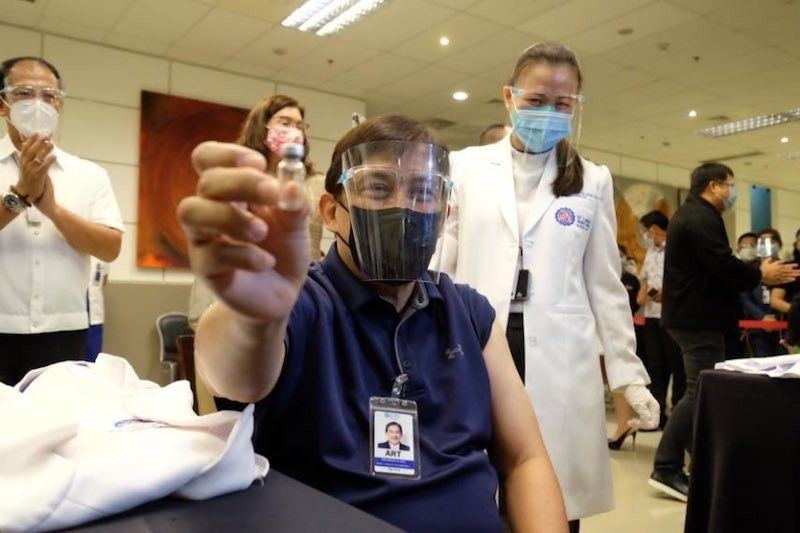 VACCINE czar Carlito Galvez Jr. said a total of 2,793 people have been inoculated with the Sinovac vaccine against coronavirus disease 2019 (Covid-19) as of Tuesday evening, March 2, 2021.

Galvez said the list of registered vaccine recipients among healthcare workers include 202,182 in Luzon, 51,140 in the Visayas and 94,540 in Mindanao.

In the Philippine National Police (PNP), over 300 medical frontliners have been vaccinated, according to PNP deputy chief for administration Guillermo Eleazar.

Eleazar said a total 125 police frontliners were inoculated on March 1 while another 180 received the shots on Tuesday, March 2.

Of the 305 vaccinees, three experienced mild adverse effects after immunization such as skin rashes at the injection site.

Eleazar said 80 police personnel were not eligible for vaccination on Tuesday due to medical reasons, but may return for another screening.

Some 800 vaccine doses for 400 people were allotted to the PNP’s medical frontliners, who take care of policemen with Covid-19.