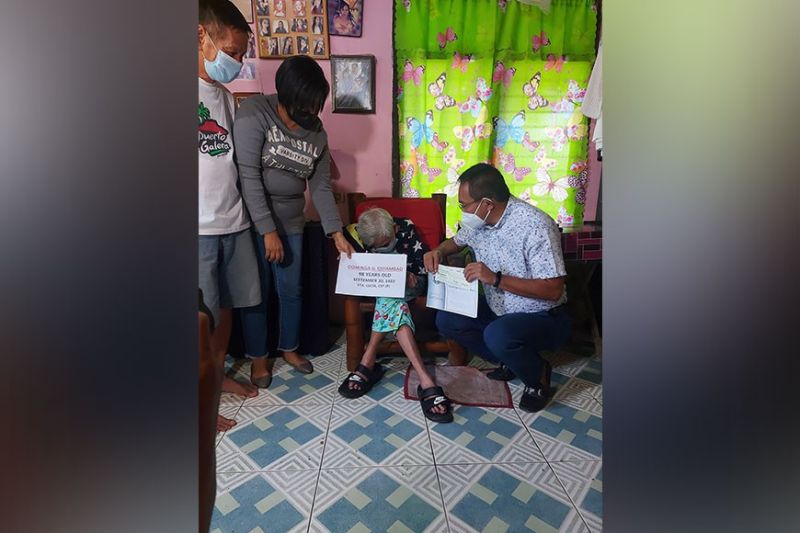 THIRD District Board Member Rosve Henson led the distribution of P100,000 incentive from the Pampanga Provincial Government to seven of the district's senior citizens who have reached 95 years old and up.

This, as Governor Dennis Pineda ordered the continuation of the program, citing the need of elderly Kapampangans for financial support amid the Covid-19 pandemic.

"The distribution has been continued to provide elderly Kapampangans and their families with the needed financial resources to care for their elderly loved one amid the economic difficulty caused by the pandemic," Henson said.

Henson added that senior citizens are among the most vulnerable during this time on account of their frail health and lack of jobs pension and retirement fund.

In the City of San Fernando, Henson personally brought a check worth P100,000 to 98-year-old Dominga Quiambao of Barangay Santa Lucia.

The incentive program is given under Ordinance 647, which was amended with Ordinance 663, which provides that senior citizens who are 95 years old or above and still alive shall be granted a P100,000 cash incentive award and a plaque of appreciation.

Initially, only those who have reached 100 years old were entitled to receive the incentive.

Pampanga pioneered in the distribution of cash incentive to centenarians worth P100,000. Ordinance 647 or the Senior Citizens Code was then amended by the Provincial Board, lowering the age of the beneficiaries from 100 to 95 years old.