No provincial bus trips from Mabalacat terminal yet 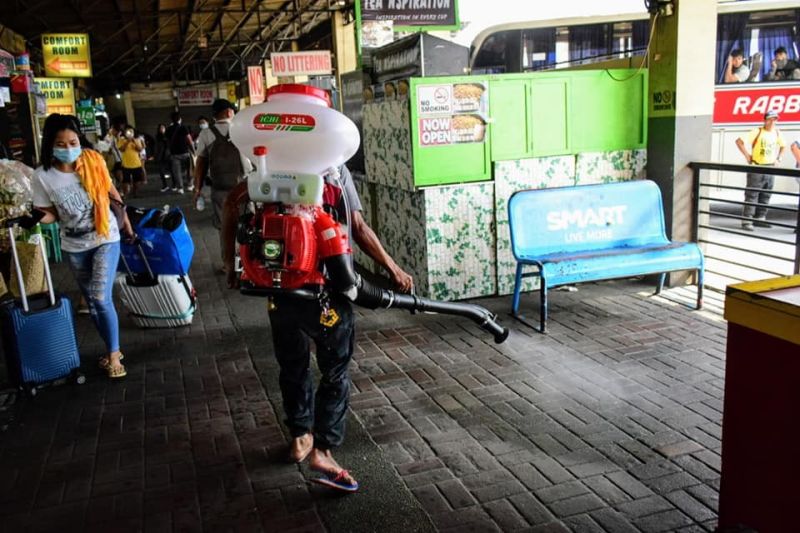 DISINFECTION. A worker from the City Government of Mabalacat disinfects common areas at the city bus terminal for the safety of commuters after the IATF eased travel restrictions recently. (Mabalacat City Facebook)

AN OFFICIAL of a central transport terminal in Mabalacat City has clarified that no provincial routes were opened yet as of March 2, 2021.

Elmer Lopez, administrator of the Mabalacat City Bus Terminal, issued the statement to CLTV-36 on Tuesday, March 2, after hundreds of locally stranded individuals (LSI) flocked to the terminal on March 1, 2021.

This came after the National Government announced the easing of travel protocols.

Under the Uniform Travel Protocol, travel authority, swab test and other documents are no longer required from travelers.

Lopez said the influx of travelers resulted from the announcement of the Inter-Agency Task Force for the Management of Infectious Diseases (IATF) on February 26, 2021 that routes going to the provinces will be opened.

The Land Transportation Franchising and Regulatory Board (LTFRB) has yet to issue a memorandum regarding the resumption of operation of public utility vehicles.

The Mabalacat City Bus Terminal is still waiting for the instruction of the LTFRB with regards to the resumption of PUV routes.