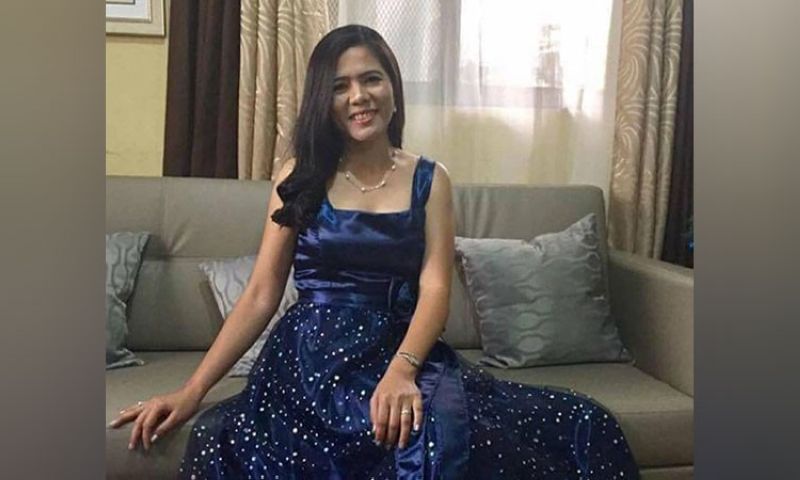 Photo provided by the victim's relatives

THE City Government of Davao is ready to give a P300,000 reward to anyone who has information about the rapist-killer of a 47-year-old woman who was reported missing by her husband.

According to the Davao City Police Office (DCPO), the Buhangin police already have a person of interest, whom they are currently investigating after the body of the victim, identified as Christine Corpuz, was discovered around 4:30 p.m. of March 1, 2021.

Prior to the body's discovery, a flower vendor heard a woman's voice screaming for help around 4 p.m. of February 28. The vendor, however, ignored it, thinking it was just a domestic fight between a couple residing in the area.

Meanwhile, the victim's 50-year-old husband was already looking for her around that time, saying his wife did not ask permission from him that she would go to a tailoring shop in San Pedro Village, Buhangin.

Words have spread on social media that the victim was "sold" by her friend to a "Mobile Legend" player who is believed to have raped and killed the victim.

The victim is believed to have been raped before she was killed as her body bore multiple bruises and wounds.

As of Tuesday, March 2, the Buhangin police are conducting an in-depth investigation on the death of the victim whose body was found on a grassy portion near Ladislawa Village, Barangay Buhangin Proper, Davao City.

According to the DCPO, they are now conducting "scientific investigation" to determine the motive of the crime.