Davao City fire incidents down but worth of damage up 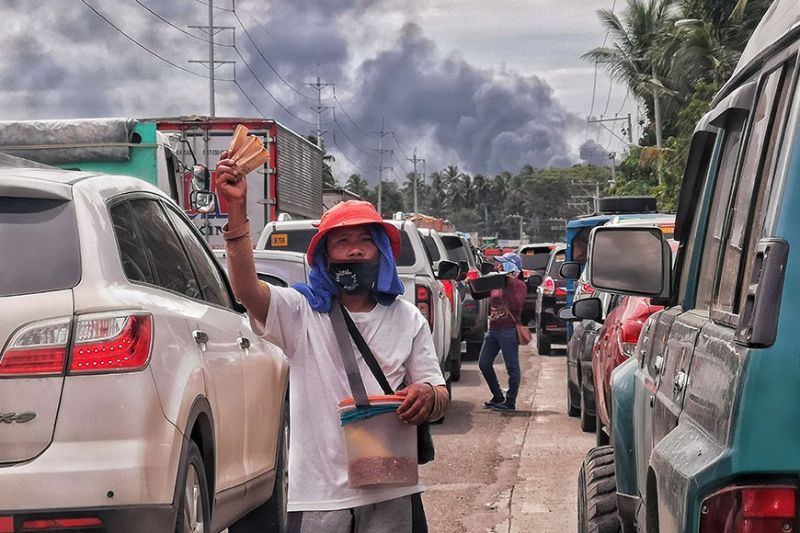 THE Bureau of Fire Protection (BFP) recorded a decrease in the number of fire incidents in Davao City for the first two months of 2021 compared to the same period last year, but the total damage is way higher this year.

Senior Fire Officer 4 Ramil Gillado, chief of Intelligence and Investigation of the Davao City Fire District, told Sunstar Davao in a phone interview that 50 fire incidents were recorded in the city from January to February 2021, a decrease from 99 fire cases in the same period last year.

But he said three separate fire incidents during the first two months of this year killed eight individuals.

With this, the total fire damage increased to around P46 million from P8.5 million in the same period in 2020.

The fire official attributed the lockdown imposed during the Covid-19 pandemic as one of the factors in the reduction of fire incidents in the city.

"Kasagaran sa mga tao, naa ra sa balay. Naay pag-abuso sa mga gamit nato tungod naay presence sa daghang tao. Ang hinungdan sa sunog mao ang pag-abuso sa mga electric nga gamit. But since naa ra sila sa balay, dali ra pud mapalong dayon maong makita nato nga though daghan ta'g fire incident, pero gamay ra og damage (Most people are in their residences. There has been an overuse of home appliances due to the presence of many people at homes. This resulted in excessive electricity problems that can cause fire. But because they are in their houses, whenever there's a fire, it would be immediately controlled. That is why even though we have fire incidents, cases are not that severe or have incurred huge damages)," Gillado said.

He said this is the reason why fire responders readily declare "fire out" or fire under control when they reach the area.

However, for March 2021 alone, as of March 3, Gillado said that there are already three fire incidents. In March 2020, a total of 67 fire cases were recorded.

In line with the celebration of the Fire Prevention Month this March, the fire official emphasized the importance of vigilance and fire safety practices to avoid fire accidents.

Gillado said the hot weather brought about by the summer season is one of the triggering factors that could cause fire.

"If we could observe, March is one of the hottest months of the year. Mao ni siya nga bulan nga mutaas ang fire incidents nato tungod sa pagtaas sa atong [weather]. Ang mga naa sa palibot nato are dry and prone to fire (This is also the month where we expect an increase of fire incidents due to the weather. The dry surroundings and some house materials are also prone to fire)," he said.

He added that grass fires and garbage fires also occur regularly during this period.

But the official said they are hoping to lessen the recorded fire incidents in the city.

Due to Covid-19 pandemic, Gillado said they are foregoing the annual fire drill activities, but he encouraged the public to practice it in their homes.

He also encouraged them to have their own fire exit and replace their house grills that are "occupant friendly" so that they could use these as an exit in case there is fire.